Why Bernard Wyllie is a good man 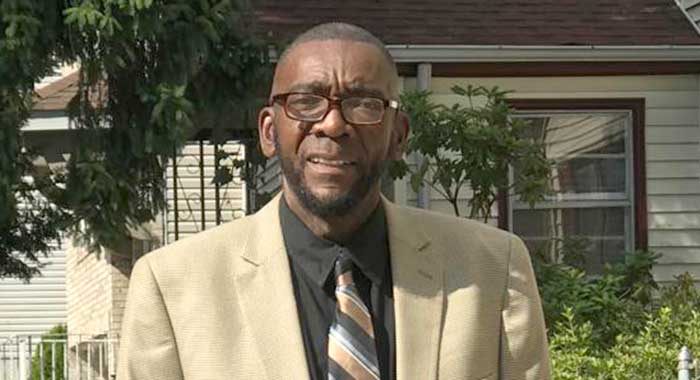 I observe with great interest the political environment in St. Vincent and the Grenadines, which today has generated enormous excitement to many citizens and politicians who are each competing for their team to win the next general elections. As a citizen from the valley and an area that is dear to my heart, the recent trending topic of the NDP candidate selection for the constituency of Marriaqua has compelled me to express some views on the topic.

Growing up in the 1980s and 1990s in the valley, Mr. Bernard Wyllie was the only parliamentary representative that I admired and on reflection left some lasting lessons for me on how leaders should conduct themselves. I never really met the man directly but obviously was able to observe his performance and stature based on feedback and interaction with adults in the community.

It was rather unfortunate that he lost his seat in the 1998 elections but I am of the view, as he said in his own words, that that lost was a vote against the James Mitchell-led government. The tide was turning against the NDP and Marriaqua is inherently a labour stronghold since the days of Ken Browne and others.

However, if you ask any unbiased person who lived through several political eras and are from the constituency of Marriaqua today, who was the best parliamentary representative for the area ever, the overwhelming majority will tell you it is Mr. Bernard Wyllie. I challenge any of the Facebook experts or the opinionated morning radio talk show hosts to conduct that survey and share the results.

Growing up in that constituency during the era of Bernard Wyllie, I can never recall anyone from the opposite side of the political fence saying that they were victimised by Bernard Wyllie. I honestly doubt that Mr. Wyllie has any political enemies in the Marriaqua Valley or any enemy for that matter. In this climate of political division and unwarranted hostility among our Vincentian citizens, this I think is why we need leaders who are inherently good in their character and has a healthy record of not promoting divisiveness among our citizens especially in my cherished home of Marriaqua.

Bernard Wyllie is one of the most humble politicians I have ever seen in St. Vincent and the Grenadines. His humbleness is not artificial. He does not think less of himself but during all my years seeing him as a representative he does not look down on others of any class, political persuasion or stature in society.

During the ULP campaign to win governance of St. Vincent and the Grenadines, I have never heard any mention of Bernard Wyllie in any form of corruption involving his tenure as a member of parliament, minister of government or in any other capacity as an official of the Government of St Vincent and the Grenadines. I may be wrong on that subject but there are no cases that stand out in my mind that will label Bernard Wyllie as a corrupt politician. Again, we need people like this leading that nation and who has a concrete history of conducting themselves honestly.

Wyllie is a performer. The man built the most roads in the Marriaqua Valley. That is an accomplishment that none of his predecessor are yet able to achieve over him despite in some cases serving longer terms than him as the area parliamentary representative and even in more influential roles in the government. The farmers in the area will tell you having road access to their lands was a tremendous boost to their agriculture productivity. Bernard Wyllie even has a road named after him, an initiative by the villagers in that community who live on Wyllie’s Street. It is unfortunate that some of those roads are only now being repaired since he left office some 20+ years ago.

During the era of Bernard Wyllie, sports was vibrant in the community of Marriaqua. I can only state that sporting activities in the area has regressed under the leadership of other representatives for the area.

Finally, I must also point out from a discussion that happened a few weeks ago it was stated that Bernard Wyllie made history as the first person to beat a labour candidate in the Marriaqua constituency. We must give the man his props and embrace the historic achievements.

I only touch the tip of the good things that stand out but I will leave it there for now.

Bernard Wyllie is a good man and we need good people.

2 replies on “Why Bernard Wyllie is a good man”