PM anticipating more jobs than tradesmen over next year 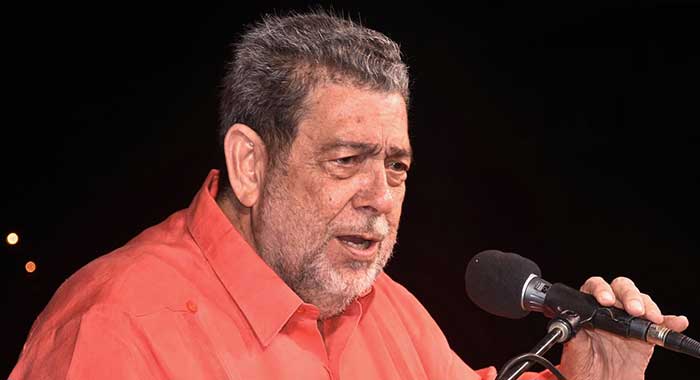 St. Vincent and the Grenadines could experience “a big shortage” of carpenters, masons and other tradesmen up to June 2021, says Prime Minister Ralph Gonsalves.

“Between the latter part of this year and the first six months of next year, we may well experience a big shortage of carpenters and masons and a number of other technical people, plumbers and electricians and an array of other persons with technical building skills, because you are having, at the same time, taking place about US$300 million worth of investment in hotels,” he said on WE FM on Sunday.

Gonsalves spoke of the Sandals resort to be built on the site of the former Buccament Bay Resort, and Black Sands Resort — the hotel at Mt Wynne/Peters Hope that has missed the 30-month completion target after work began in January 2017.

The prime minister further spoke of Royal Mill, which is being built at Ratho Mill and Soho House, in Canouan.

He said Soho House “is a very big name with a lot of young, upwardly mobile professionals involved in a membership hotel”.

Further, work is to begin soon on the Holiday Inn Express at Diamond and the Marriott Resort at Mt Wynne, two hotels to be built by the government.

“Now, if you are thinking about  $300-million-worth-plus of investment, you need a lot, a lot of workers and they’re going to be ramped up,” Gonsalves said.

Also, this programme which we are doing with the British government, Department of International Development, the Sky programme dealing with technical skills, the roll out over a three-year period, it is a fantastic programme, it is on-going. Normally, that would get a big hail up but because of COVID, you don’t quite hear about it.

He further said that the US$180 million modern port in Kingstown will be built over the next three years.

“Right now, we are preparing the site down in Lowmans for 47 one-, two- and three-bedroom houses to relocate the persons who down on the bay front, down at Rose Place.  Then there is the acute referral hospital; we are moving to get the financing for that and then, that’s a US$50 million project.”

Gonsalves said there is US$20 million earmarked, some of which will go towards building the temporary Parliament building, which will be converted into a hostel for Community College students from the distant part of the country.

“And the usual other projects involving roads and bridges. We have a lot of work going to be dealing with the sea defences and river defences.

“Admittedly, the sea defences, though it is big money, you don’t quite employ as many persons in the sea defences. For instance, one in Georgetown right now, of $25 million, and one down in San Souci, of $10 million.  They largely involve equipment and materials but very important to deal with the climate change issues,” the prime minister said.