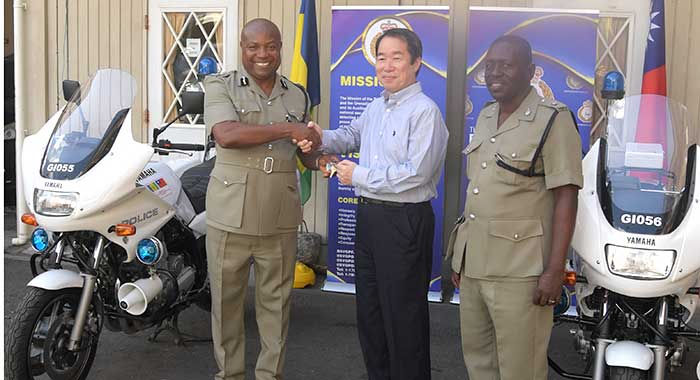 The motorcycles were manufactured in 2020.

This donation is in addition the fleet of motor vehicles which the Republic of China (On Taiwan) handed to the RSVGPF on July 16, 2019 during the official visit to SVG by President of Taiwan, Tsai Ing-wen

“On behalf the RSVGPF and by extension, the people of SVG, the Commissioner of Police profoundly thanks the government and people of the Republic of China (on Taiwan) for their generous donation,” a press release said.