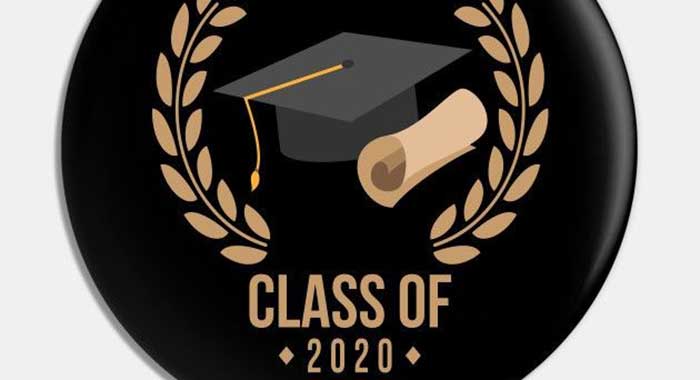 It is safe to say that the statutory tertiary institution, the St Vincent and the Grenadines Community College (SVGCC) is one which has fallen short repeatedly to poor decision making, lack of communication and dishonesty as it relates to the communication chain involving students.

This time around, those negative traits are highly seen with modus operandi of our graduation ceremony this year. As a voice for all my fellow “college mates” who share the same sentiments pertaining to this, we think that the SVGCC is not doing enough to give us (their students) a fair and comfortable graduation. Their current graduation proposal released on Sept. 10 proposes the following:

Graduation for all students will take place in the lecture theatres at the Villa Campus in two sessions.

There will be no featured speaker. A video montage of pre-recorded messages from various people, to be shown on LED screens sourced from a local vendor, will be played at each session following brief welcome remarks.

Graduands along with ONE guest will be permitted to attend the graduation ceremony.

Each graduand must submit the name of their chosen guest no later than Tuesday, Sept.15 and return this information via Google forms to [email protected]. You will be given further instructions regarding this in a subsequent email. Please ensure that you provide your name, the name of your Division, the name of your guest and other relevant information that may be requested

All graduands MUST have their SVGCC student ID in order to access the campus.

Graduands who have vehicles will be allowed to drive on to the Campus to park. Each vehicle will be inspected to ensure that only graduands and ONE guest each are permitted on the compound, so all windows must be turned down for inspection at the security checkpoint.

At the checkpoint, your name and the name of the guest will be checked off from the list, your college ID and a photo ID of your guest will be verified, and each person’s temperature will be taken. If your temperature reading is outside the normal range, you will not be permitted on to the campus.

The graduands will be dressed in full graduation regalia.

Each graduand will be called to cross the stage, they will receive a diploma cover, and when they reach centre stage they will stand and turn their tassel from the right side to the left side of the cap to signify that they have graduated.

A photographer will be on site to take photos of each student as they graduate.

When the student leaves the stage, he/she will collect a Diploma cover and certificate of graduation/attendance. The graduates will not return to their seats but will instead process along an agreed upon route and exit the compound. Along the route a Class of 2020 photo booth will be set up so that graduates have the opportunity to take a second photograph.

This proposal, though it may seem publicly appeasing — as they have published in an online news article — is not as good as you may think.

The biggest problem here stems from the fact that since June 30, many students have been raising concerns over this issue and in response we were given a ray of hope that they will be taken into consideration only to be slapped in the face months later with the almost exact proposal.

The proposal as quoted above is unsatisfactory and produces a major downplay to the graduation ceremony this year. Here are our reasons why:

It does not make sense to bring students and one parent alone because both have made significant contributions in the lives of their children. It is highly unfair to force students now to choose one parent/guardian over the other. This is because it takes a mother and a father to make a child, many of whom have made great sacrifices up until this day allowing us to graduate.

It is also safe to deduce that the covid19 pandemic is one which is quite negligible in comparison to our local affairs, or, as Vincentians would say, “Covid19 ain’t dey ya”. To further support this deduction, ALL, positive covid19 cases were import-related with ZERO evidence of community spread. This is simply to say that here in SVG there is no local source from which the virus can be transmitted and given that it is a virus (a biological structure) it will obey it’s natural definition, meaning that it cannot just magically appear and infect people, it must be transmitted from host to host.

This transmission, however, is not possible because all persons who tested positive are in isolation until they are given a medically approved green light. And, from what we know, the virus cannot travel past a couple feet in the air. We are also under inspection via temperature checks, hand sanitisation and wearing of masks which will interrupt the mode of transmission thus the risk of transmission at the event is minimized. Therefore, we do not see the difference between at least inviting two persons in comparison to one.

Also, in addition to the previously mentioned reasons, governments are lifting bans and the local affairs of the country are returning to normal. Mass gatherings at parties are allowed, schools have reopen. There were recently two escorted funerals with the churches ram packed and full and everyday people commute together in public transport. Even recently the Girls High School (GHS) had one of” the most well organised graduations. If everything seems to be just fine working under the ‘new normal”, why couldn’t the college organise something proper in the three months they had to do so?

With all due respect, we do understand that some level of protocol must be established, given the circumstances that we are facing this year. However, we strongly disagree with the level of restrictiveness provided by the college’s proposal.

Having to choose one parent/guardian over the other takes away the experience of watching both parents/guardians in the crowd just to see their proud faces or the moment of taking pictures with both of them in the area while they shower you with their love. We find it unfair to implement a protocol such as that which will ultimately take away the emotional aspect and importance of any graduation ceremony since students are ultimately burdened the task of choosing the “better” person to attend

We ask any sensible person reading our grievance; what is the meaning of a graduation if your child comes home and say, “I want mommy/uncle to come my graduation instead of daddy/aunty”?

The students at the DASGS division proposed that a much larger venue such as the Arnos Vale Sporting Complex (that has a maximum capacity of 18,000 seats) be considered where social distancing protocols can be still reinforced. So clearly noting that a more feasible option exists that can achieve both the best interests of students as well as establishing health protocols, what is the big issue? Why has the graduation committee still pushed towards hosting the event at the Villa Campus and marketing it as though it was the only option?

Another pressing matter at hand is that even when the college has decided to host the graduation on the compound, the graduation fee still stands at EC$200. This money, as explained to us on Sept.11, 2020 is only to cover the cost for the graduation package.

You mean to say that we (students) are paying EC$200 for just three pieces of graduation paraphernalia and not give us a worthy enough graduation? The same EC$200 that we were supposed to pay earlier with a different venue in mind.

Readers, the college must be under the administration of businessmen because this is NOT the mentality of academic administrators.

Further, a deadline for requesting refunds was made an entire month before they released their “final” proposal. If this is not dishonesty at its finest then we do not know what else is.

The deadline for requesting refunds was made on Aug. 5, after they sent out emails stating that we are able to apply for refunds as well as giving us that ray of hope as mentioned earlier where they said they were considering our concerns and “explore various options which may allow parents/guardians to be a part of this occasion” . During that period, students who had made payments in faith of seeing their best interests secured were still being faithful that the overly unnecessary protocols would be updated soon.

Not only did they give a deadline for requesting refunds before finalising their protocols; they also released the ONLY notice for this deadline just 2 hours and 2 minutes in advance.

On Aug. 5, at 12:58 p.m. the SVGCC Facebook page issued the following statement:

All Graduating students are asked to note that in order to facilitate the proper planning of the upcoming Graduation, the deadline for requesting refunds for the Graduation fee is Wednesday August 5, 2020 at 3:00 pm.  The refunds will be issued on a date to be announced.

For further graduation queries, send an email to [email protected].”

We are not sure of what moral standards members of our dear senior admin personally hold but to maximize on the good faith of students only to abruptly make decisions like these that will almost one hundred per cent guarantee that we are at a lost is certainly not ethical and only further proves the short comings of the relationship between management and students at the institution. It is not quite understood if they expected this statement to circulate across the entirety of SVG within a suitable time, but it sure does not make sense to release such a short notice statement.

At their graduation rehearsal (which was just a cover to reiterate their proposal), students voiced their opinion on the way the graduation ceremony was being held and they immediately tried to shut us up even going as far as to say, “If you don’t like it then don’t come. It’s your choice.”

Are we rational adults or are we dogs?

We do hold high respect for the senior admin and the graduation committee, but we are not going to be docile and gullible in the face of bigotry.

In our humble opinion, despite a slight compromise due to the COVID-19 pandemic, students should still be able to have the opportunity to graduate in a fair and satisfactory manner. We should have been given the opportunity to interactively communicate how we feel the ceremony can highlight our interests while adhering to health protocols. We should be able to stand on the stage and give speeches and have our loved ones in the crowd feeling proud for us. And most importantly, we should not be unfairly robbed of our monies or experiences.