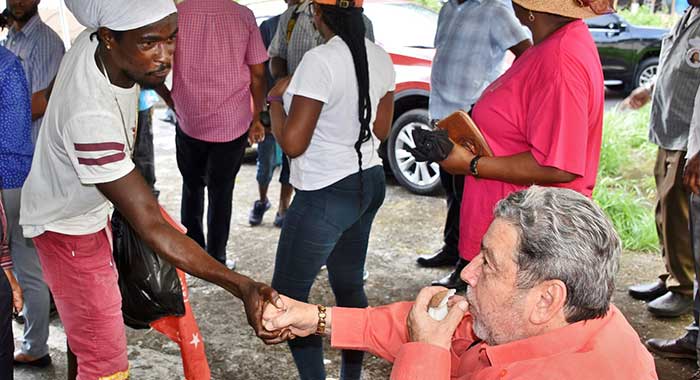 Prime Minister Ralph Gonsalves is appealing to the Rastafarian community to vote for his Unity Labour Party, which is seeking a first-time fifth consecutive term in office.

“…I don’t want to hear any Rastafarian brethren or sistren say that Rastafari don’t amalgamate with politics,” Gonsalves told the ULP virtual campaign rally on Thursday.

“Whether you belong to the ancient churchical order of Nyabinghi, you belong to Twelve tribes, listen to the words in the book of Chronicles about the prophet, the leader, of one of the tribes of Israel, original tribe, Issachar: you must know the times, and you must act accordingly.”

Gonsalves made the call as he urged party supporters, generally, to prepare for the election, noting that two weeks earlier he had told them to get on their marks.

“And you, after you register, you have to be mobilised and organised to vote for the ULP, within your own interests and for love of country because what Labour has done, no other political party anywhere in the Caribbean, over any period since universal adult suffrage has done what the Unity Labour Party has done, to make progress for all the people in St. Vincent and Grenadines.

“So I want you to do all of that and more for the family of Labour for yourself, and as I tarry in hopeful expectation for an answer to my solemn plea, speak Lord, Your servant Ralph is listening, I see the stars, I hear the Rolling Thunder as I proclaim how great Thou art,” Gonsalves said.

“Let us together lift St. Vincent and the Grenadines higher,” he said, echoing the ULP’s election slogan.