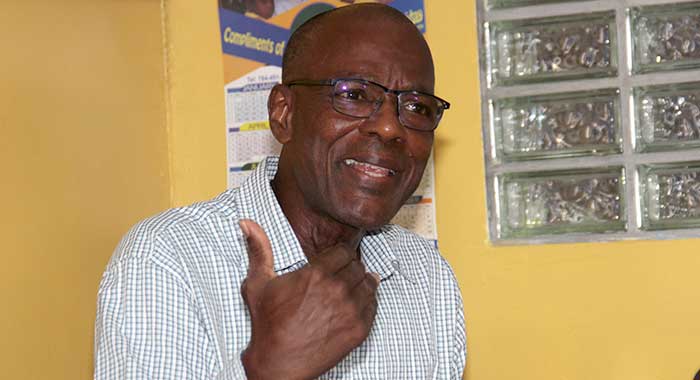 Member of Parliament for West Kingstown and opposition spokesperson on health matters, Daniel Cummings, is calling for an independent investigation into the dengue-related deaths that have been confirmed in St. Vincent and the Grenadines.

The Ministry of Health has said that a 40-year-old female of McCarthy as well as a 4-year-old male, a 9- year-old male, an adult female and an elderly male – all foum of whose addresses were not disclosed — have died as a result of complication associated with dengue, a mosquito-borne viral illness.

Cummings told a New Democratic Party (NDP) press conference in Kingstown on Wednesday that a health official has told him that deaths from dengue are rare.

“And certainly, to have four deaths in a short space of time speaks to a breakdown in the healthcare delivery system.

“Given the outbreak of the first case and the warnings that the ministry had received, there should have been a very detailed programme establishing all the protocols for every health centre and hospital in the country,” the opposition lawmakers said.

A physician told iWitness News on Thursday that dengue deaths are rare if the illness is identified early and managed properly.

However, when the illness advances to severe illness, the death rate could be as high as 20%, the physician said.

Cummings told the press conference that there should not be any doctor in St. Vincent and the Grenadines who is not on the alert for the evidence of dengue, “especially when you have many good doctors who have serious communications skills, because English is their first language”.

Treated for COVID-19 rather than dengue?

He said that in the case of the 4-year-old who died the child was initially diagnosed with a respiratory ailment.

“… for a child to be left for three to four days unattended with very high temperature is to say, the least, shocking.

“And if, as they are told, that the first diagnosis was upper respiratory [tract] infections and the parent who is not an elderly person, the poor mother is around her early 30s and from what we are told, they obviously thought that the child had coronavirus.

“That is the way they were thinking. So they followed the instructions given at the first visit to the clinic. By the time the child reached the Accident and Emergency, we are advised that it was too late and it was downhill from there.”

He said that in January 2019, the Caribbean Public Health Agency (CARPHA) had warned of a possible dengue outbreak and that between 2012 and 2016 – reportedly the last year for which data is available — the mosquito index in SVG was several times the 5%, which should have caused concern among health officials.

“When you had the last episode [of dengue] in 2012, when CARPHA tells you that you must look out for an outbreak, you don’t put a protocol in place?”

Cummings said that last week he went to the emergency department at Milton Cato Memorial Hospital and was “in tears.

“There were dozens of parents with little children waiting for hours and the reports are that there weren’t any doctors at the A&E and the parents were furious, they were carrying on, obviously very, very concerned.”

He said that after that, at the press conference last week, the Ministry of Health announced that it would recruit 10 more doctors.

“Is this what St. Vincent and the Grenadines must rely on for healthcare? I am saying categorically, there must be a serious investigation, independent investigation into the death of these people who died from dengue, with particular emphasis on the 4-year-old.”

Cummings said that the purpose of the investigation would be to understand if there are problems in the delivery of healthcare and how those problems ought to be addressed.

“Not with any intention of scapegoating but to pinpoint the problems because there are nightmares in the healthcare delivery system. We need an independent investigation with a view to correcting those problems. We have too many good professionals in the system but something is wrong and you know they say fish rotten from the head.”

Asked about the composition of such a team to ensure the independence of the investigation, Cummings said that only the government could ensure that an investigation is done.

“The objective of the exercise is not to point fingers and to chastise anybody. If people made errors they must be aware of the errors and be given the opportunity to correct them and, most importantly, make sure there is no reoccurrence. That’s the principal objective.

“If you are not going to do this, as I’ve said over the years, because you have had so many failings at Milton Cato Memorial Hospital, and if you are not prepared to look seriously at the causes, then how on earth are you going to find the solution when you are pushing everything under the rug?

“We are doomed to get worse instead of improving and the objective should always be saving lives, doing the best we can with our limited resources.”

He said that when a patient with symptoms of dengue attends a healthcare facility, one of the first things the physician would want to do is a complete blood count (CBC).

“Do you know that you couldn’t do one at Milton Cato [Memorial Hospital] at the height of this problem and you had to send the samples to Georgetown and it took about two days to come back?” the lawmakers said.

“And that may very well be some of the reasons why some of the children got affected because the doctors needed to know what was happening for them to take effective action. That is the reality, part of the problem. The system broke down when it was most critical…” he said.

He said that patients had to come up with the $30 to do the test privately.

“That is the dilemma that passes for healthcare in this country. The Milton Cato Memorial Hospital couldn’t do CBC tests at the critical juncture with the influx of dengue patients.

“They didn’t have space in the emergency to hold them. They had to send out people out of the hospital to create space.

“You know all of the indicators are there, any normal person would have expected it, you did nothing and when the time comes, what you do, you are not prepared at all and you gone taking photo shots with the poor children,” Cummings said.

3 replies on “MP calls for investigation into dengue deaths”