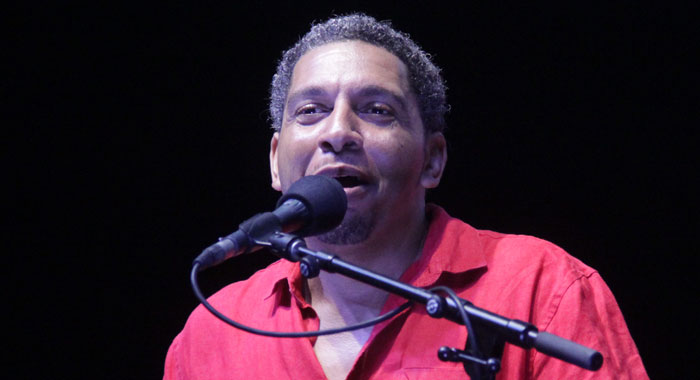 Minister of Finance Camillo Gonsalves is asking questions about the opposition New Democratic Party’s (NDP) position on the hospital it proposed during the 2015 election campaign, to build in East St. George.

Gonsalves retained the seat for the Unity Labour Party (ULP) when he was elected MP as a first-time candidate in the 2015 vote.

“By the way, by the way, have you noticed the NDP’s silence on the hospital issue?” Gonsalves told the ULP’s virtual public meeting on Sept. 30.

“Last election you remember the infamous Farmville hospital?” he said referring to the ULP’s perversion of the NDP’s proposed design of the hospital, saying it was from an online game by that name.

Gonsalves, however, said he had read some reports from the NDP candidate for East St. George, Laverne Gibson Velox, a newcomer to politics, in which she details her plans for the constituency and nowhere was the issue of a major hospital mentioned.

“Now, she talked about upgrading a couple clinics. But somehow the issue of an entire hospital that was promised from five years ago has fallen quietly by the wayside,” Gonsalves said.

“Has the NDP abandoned or relocated its supposedly firm and well thought out hospital plans?

“Maybe they were going to build it on the land now occupied by the Royal [Mill] Hotel which is under construction,] or in Rainforest Seafood plant, or the Choppins Hard Court or the Brighton Football Facility or the temporary parliament and student hostel.

“Maybe we have already used up all the land with the development plans that we were doing. Or maybe it’s just part of the usual chaotic policy raffle that they play with you. Austerity this week — no mention of austerity next week; dolphin prison this week — oops. Wasn’t my idea next week –switching to China this week — well, we’ll think about it some more next week. Lock them out for COVID this week — let them in with COVID next week; Yellow Army this week, all white party next week,” Gonsalves said.

He said the NDP’s position is inconsistent on the Promoting Youth Microenterprises (PRYME) programme, an initiative under which the government gives grants to aspiring and new youth entrepreneurs.

Gonsalves said PRYME has already benefited over 800 entrepreneurs and small businesses since it was rolled out this year.

“The other party is conflicted and confused. Some of the candidates call it reckless, while others promoted and distributed flyers and application forms.

“I saw a picture last week of a recent NDP youth meeting. And I played a fun little game with myself of how many of the people in the yellow shirts on that platform had applied for and received PRYME grants over the last two months. And more power to them; more power to them,” the finance minister said.

He said that the ULP is ULP in shared philosophy, a common vision.