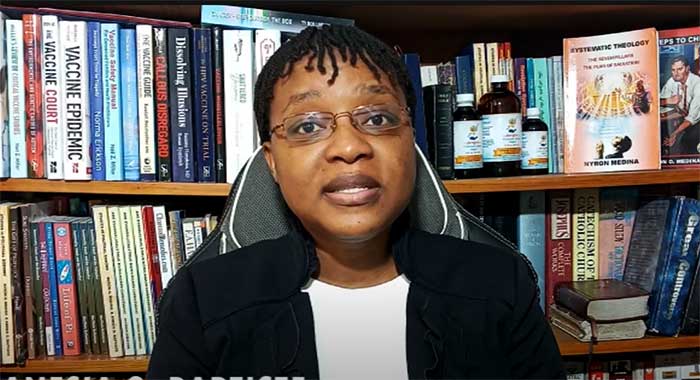 At a time when persons are gravitating to politics, saying it is the calling of God on their lives, the leader of a small political party in St. Vincent and the Grenadines has announced that she is quitting politics and will focus on preaching.

Anesia Baptiste, founder of the Democratic Republican Party, which failed to make an impact in the 2015 general elections and has remained fairly over the last three years or so, made the announcement via a press release on Friday.

Baptiste, a former senator for the main opposition New Democratic Party, told iWitness News separately that the party would be disbanded.

She further said she had no comment on the issues that should be of importance to Vincentians as they elect a new government nor the likely outcome of the poll.

“No. I will not be commenting on that at all,” she said of the issues, adding that the outcome of the vote “is left to be seen”.

In the press statement, Baptiste said:

Baptiste’s announcement came the day after Prime Minister Ralph Gonsalves announced Thursday night that general elections will be held on Nov. 5 — ahead of the March 2021 constitutional deadline.

“At this time in the earth’s history I have decided to take up a new full-time focus of advancing the preaching of the Everlasting Gospel of Jesus Christ globally, in view of His 2nd coming which the unfolding of prophetic events clearly reveal is imminent.

“Many of you have shown support to me and the DRP over the years since its launch and I remain grateful for this. A heartfelt Thank you to all of you for your willingness to stand for the protection of the inalienable or God-given rights and freedoms of humanity.

“May God bless you with His grace, faith, love and peace that you may be saved in His everlasting kingdom soon, before it is too late.”

Baptiste founded the DRP in 2012, months after then opposition leader, Arnhim Eustace fired her in April that year over a letter she wrote to him on a party policy on religion.

The DRP fielded candidates in six of the 15 constituencies in the 2015 general election.

The party did not win any of the seats and garnered 154 of the 65,706 votes cast in the election.

In that election, there was a carbon copy of the 2010 results, in that the Unity Labour Party won eight of the seats while the remaining seven went to the NDP.