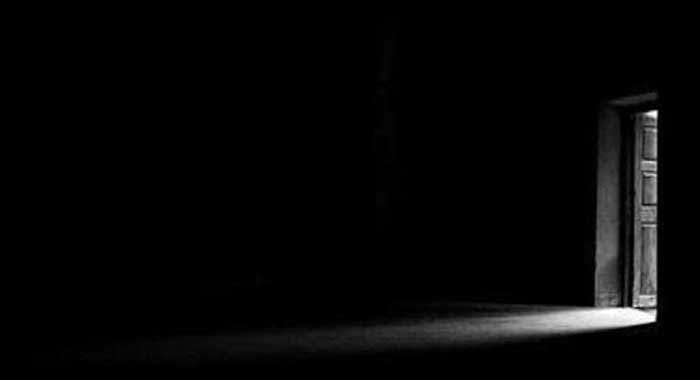 “To restore and keep the public’s confidence in the integrity of their government, state government and its officials must be open honest and transparent”. John Lynch

There is consensus among progressive thinkers that openness and transparency of government to the citizens in all areas, including financial management, are critical for a successful democracy (Piotrowski and Van Ryzin, 2007).

Even before the Unity Labour Party (ULP) soundly defeated Mitchell’s New Democratic Party (NDP) at the polls in 2001, the veritable puppet-master driving its leadership then, declared to the public his commitment to open, honest and transparent governance, even as he waged a campaign lambasting Sir James Mitchell and his NDP administration, condemning them for mismanaging the economy and wallowing in the stench of corruption, on such matters as the Ottley Hall debacle.

So, whilst still in opposition, the ULP took a bill to the House of Assembly in a gesture of trying to enact Integrity legislation for Parliamentarians. It did not pass into law then and nothing more has been heard about that bill since, even after the ULP came into government in 2001, when it took over and maintained full and complete control of the legislative agenda to the present day.

Ralph Gonsalves, who was a prime minister-in-waiting, as he stalked his ill-starred prey Vincent Beache the then Leader of the Opposition, repelled challenges from those who questioned his own commitment to open, honest and transparent government. For instance, in August 1997, Ralph responded to Patrick Hughes, one such pundit, who ridiculed him as being duplicitous for performing as advocate for criminal elements in the law courts on the one hand, whilst on the other simultaneously projecting himself in the political arena as a champion against corruption in government.

Gonsalves explained to Mr. Hughes that “… if I had your wealth, I would have devoted myself full-time to politics. Unfortunately, I do not have the means to do so and an opposition parliamentarian’s salary and allowances are insufficient to meet my family commitments. I own a house, ten or so acres of agricultural land, two vehicles which need insurance policy, and modest savings accumulated over 23 years of continuous employment. I have five children, four of whom are aged between 16 years and two years. I have to plan for their education and well-being. (Incidentally, I am in favour of electoral candidates disclosing their assets and liabilities by nomination day). The long and short of it is that I must continue to labour simultaneously at my two mistresses: Law and Politics. My monthly income as an Opposition Parliamentarian is as follows:

Such a signal of transparency could only be admired. The public was given what appeared to have been a comprehensive account of the financial affairs of the Gonsalves family, in his appeal for support prior to 2001, to be elected to a principal role in government.

The question which many Vincentians are now being asked to consider, as the ULP seeks a fifth consecutive term in office and the Prime Minister asserts his claims to becoming a “Five Star General” is, has he remained true to his professed principles, his promises and to the positive expectations which the public held about the quality of open honest and accountable government which the ULP offered then?

All those who subscribe to the notion of integrity legislation in SVG may continue to hold their collective breath. That, too, shall come when the ULP is returned to a fifth consecutive term in office. The promise will finally be kept and a current statement of personal financial means will be coming from the prime minister and all parliamentarians.

There have been persistent reports about the appearances of nepotism and cronyism as features of the ULP administrations between 2001 and now.

Recently, the public became aware of a letter from the Ministry of Finance dated Jan. 24, 2017 addressed to the Chief Executive Officer of Caribbean Lifestyle & High Flyers, Frenches Gate, PO Box 1349, St Vincent and the Grenadines, that informed:

“Dear Mrs. Gonsalves. Reference is made to your letter dated December 15, 2016. Please be advised that Cabinet has granted approval for a 50% waiver on Import Duty and VAT on a quantity of equipment as per the attached list, to be used to outfit a commercial kitchen and bar at Argyle International Airport. By copy hereof, the Comptroller of Customs and Excise is authorized to grant the said concession.”

This letter is signed, Director General of Finance and Planning. The chief executive officer of this entity is by all indications the wife of the prime minister. Of course, if members of the PM’s family have exceptional entrepreneurial skills, why should they not be afforded every opportunity to exploit them via transactions with government agencies, to the advantage of their personal interests?

At an earlier date, Camilllo Gonsalves, the Prime Minister’s “blood son”, who was then an inexperienced lawyer returning to SVG, was appointed as a senior Crown Counsel in his father’s administration. His letter of appointment dated Sept. 1, 2005 issued by the Chief Personnel Officer stated that:

He was also made legal advisor to International Airport Development Company Ltd a wholly-owned, limited liability company of the government of St. Vincent and the Grenadines. Incorporated in 2004, which was given a mandate to spearhead the construction of the Argyle International Airport and to help put in place the management systems for its future operations. It is not apparent as to if he was paid additionally for that posting. Such generous remuneration may well be typical of the basis on which the public sector in the ULP administration recruits budding professionals of the ilk that the younger Gonsalves was then.

However, the view may be held that the PM’s son, or any of his other children and relatives who are in positions of favour in the public administration of the State, should not be made to hide their talents under a bushel, just because daddy is head of the government.

The prime minister is not shy about discussing his family business, personal or financial in public. Such transparency is a vital part of keeping the public’s confidence in the integrity of their government, its officials must be open honest and transparent.