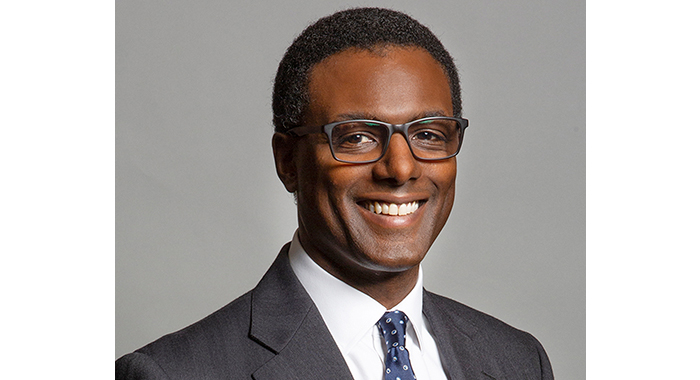 His role as trade envoy will involve supporting British trade and investment objectives, promoting the Commonwealth Caribbean as a great place for UK companies to do business and the implementation of the new CARIFORUM-UK Economic Partnership Agreement.

British Commissioner to SVG, Steve Moore congratulated the new envoy on his Oct. 5 appointment, noting it was a prime opportunity to strengthen the UK’s trade and investment relationship with SVG.

“Our High Commission teams in Barbados and the Eastern Caribbean are delighted that Mr. Henry has been appointed. We look forward to working closely through our Department for International Trade, to help UK businesses recognise the trade and investment opportunities that exist in the Caribbean…

“By amplifying the array of commercial opportunities in the region to UK firms, Mr Henry will play a significant role in helping us further grow the current 2.8 billion pound sterling in imports and exports of goods and services with these CARICOM trading nations.”