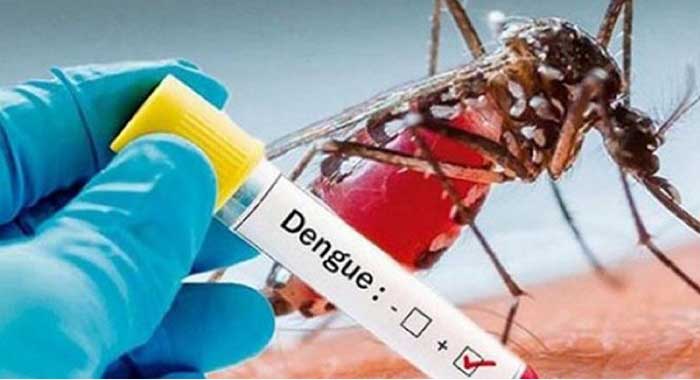 The outbreak of dengue in St. Vincent and the Grenadines is affecting tourism on Bequia, former prime minister, hotelier James Mitchell said on Boom FM on Tuesday.

Six persons, including students aged 4, 9, and 13 years old have died of the mosquito-borne disease and over 655 cases have been confirmed across the country.

This makes it the worst outbreak of the viral illness in a decade.

“I am worried and I am saddened by the deaths that I hear in regard to dengue,” Sir James said, adding that he understood that the 13-year-old girl who died last Friday had sent her homework to her school the day before she died.

“That is a sad case, what is happening. And I am worried about the dengue,” said Sir James, who was prime minister from 1984 to October 2000.

“And what is more, I can tell you, as you know, we are in the tourism business in Bequia. We have had cancellations because of dengue. So on top of the problems of coronavirus, the perception of people getting out of their own country and having to transit Barbados or somewhere else to get here, suddenly, we have the enemy within the gates here.”

He said the dengue epidemic comes “when we were just about thinking that we were taking off and having some hope about the upcoming season”.

Sir James noted that the coronavirus ended the tourist season in March, “in one of the top months of tourism income.

He said there was no dengue outbreak of this magnitude when his New Democratic Party administration was in office.

“It wasn’t a problem. We handled it and got rid of it quickly. We did spraying and we organised the communities and had our people going around and looking — inspections all around and seeing the possible breeding sites of the mosquitoes. It called for a national campaign to not give the mosquitoes the opportunity to arise.”

Sir James said that dengue and other mosquito-borne illnesses have been a reality of life in St. Vincent and he Grenadines.

He, however, said that the current outbreak “reflects on the environmental condition in the country and the general state of the villages”.

The former prime minister noted that under his administration, there was a best village competition aimed at identifying the cleanest, best-kept community across the nation.

“That spirit of togetherness in a community and wanting your community to shine, I think that spirit has been a bit broken,” he said.