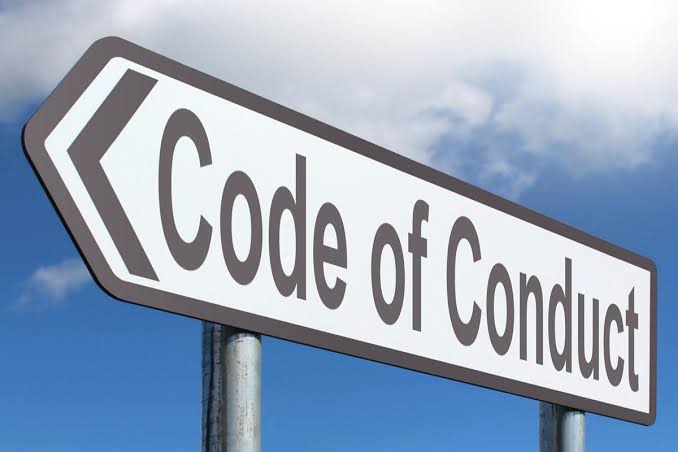 WHEREAS the Peoples of the Islands of Saint Vincent and the Grenadines, who are known as Vincentians-

Where every person in Saint Vincent and the Grenadines is entitled to the fundamental rights and freedoms, that is to say, the right, whatever his race, place of origin, political opinions, colour, creed or sex, but subject to respect for the rights and freedoms of others and for the public interest, to each and all of the following, namely-

This Code of Ethical Political Conduct is intended to achieve the following objectives:

NOW THEREFORE it is hereby agreed and declared by the Parties and their Candidates as follows:

(b) Political Parties shall publicly discourage the defacing or removal of their opponents’ election campaigning material.

Chairpersons and Platform Speakers and other authorised Persons making public statements on behalf of Political Parties have the same responsibility as the Candidates in adhering to the Code of Political Conduct.

The St. Vincent and the Grenadines Christian Council and the National Monitoring and Consultative Mechanism (NMCM) are responsible for monitoring the Code, which includes the adherence to the letter and spirit of the Representation of the People Act. Although this Code is not a legislative instrument it is expected that all signatories, candidates and the parties they represent shall scrupulously adhere to it since political leaders have signed. The public is invited to register objections to any breach of the Code and report to the Council and the NMCM accordingly.

Prime Minister and Leader of the Unity Labour Party

One reply on “SVG’s Election Code of Conduct 2020”