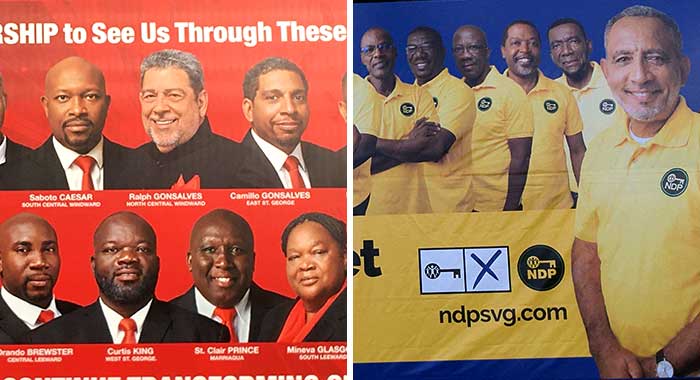 Leader of the Unity Labour Party (ULP), Ralph Gonsalves has urged the opposition New Democratic Party (NDP) to upgrade their campaign strategy and wardrobe if they intend to stand a chance in the upcoming general elections.

Speaking Tuesday night at the virtual launch of the ULP’s slate of 15 candidates, Gonsalves compared the Nov. 5 polls to applying for a job and hinted that the NDP’s campaign strategy will be ineffective in swinging the vote in their favour.

“I would want you to know that I consider this a job interview. I am applying for the job of Prime Minister once again,” said Gonsalves, who, as on Oct. 8 when he announced the election date, wore a “Nehru suit”.

“You are our interviewers, you the people of St. Vincent and the Grenadines. You are the electorate. We do not come to you and take this position lightly. We come to you in the right and proper manner. We come to you as any sensible and serious person would, properly attired, with seriousness for your consideration for the jobs for which we are applying,” the prime minister said.

“The 14 other candidates are applying for jobs as parliamentary representatives and as members of the Cabinet of St. Vincent and the Grenadines,” he said at the event in which the candidates wore suit, some of which were ill-fitted or buttoned unconventionally, or both.

“This means it has to be done in a manner conducive to the dignity of those offices and the very seriousness of the exercise that we are embarking- to elect a new government,” Gonsalves said ,

In the first of two speeches to party supporters, Gonsalves bashed the NDP for their choice of attire at the political meetings as well as the launch of candidates Sunday night in Owia.

The NDP candidates have been wearing yellow polo shirts with the party’s logo at meetings and at Sunday’s launch, they were decked out in yellow and blue, short sleeve dress shirts.

“Everyone knows that I am an informal person but there is a time for formality and this is one such time,” Gonsalves said.

“When you are applying for a job you don’t apply for a job in a polo shirt, not a serious job anyway. You put on your polo shirt to join the interviewers at a beach picnic or to river cook but not when you are applying for a job. You cannot go on a stage by giving yourself yellow t-shirts and have some cheap looking white ones for those who are listening to you. It seems to me already that they are making a distinction between chiefs and Indians — one rule for the Jews and one for the Gentiles. That is not how we do it.”

Gonsalves continued to stab at the NDP campaign strategies by criticising the inclusion of entertainers during political meetings, something for which his ULP is famed.

“Government is serious business to be conducted by serious people. It is not a branch of the entertainment industry. You may have entertainment to facilitate what you are doing in seriousness but entertainment can’t be the focus.”

The ULP held its launch on Tuesday, after the formal nomination of its candidate, and Gonsalves questioned the opposition’s decision to launch its candidates before nomination day.

“We do things in the proper order. We do the nomination first and then present our candidates. We don’t present them and then nominate them. That shows you how cockeye …  that is.

“You don’t launch people as candidates before they become candidates. You would launch them as prospective candidates but they only became candidates today, when the registering officer accepted the nomination papers.”

All 15 of the NDP candidates were successful in completing the nomination process on Tuesday, despite rumblings that some candidates might have been considered ineligible to contest the polls.