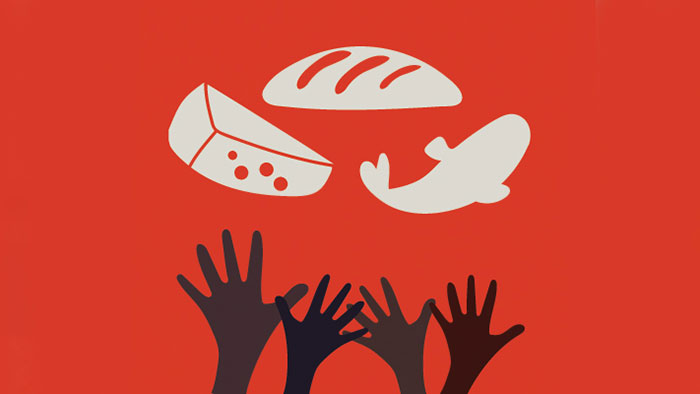 The main opposition New Democratic Party (NDP), on Wednesday, circulated to the media a leaked copy of the 2018 poverty assessment, which shows that between 2008 and 2018, poverty in St. Vincent and the Grenadines had moved from 30.2% to 36.1% of the population.

Further, 45.4% of the population were at risk of sliding into poverty, down from 48.2% a decade earlier, the only category in which there was favourable movement.

The report shows that the nation’s rich are getting richer even as the poor decline into further poverty and that the wages that the government pays to some categories of workers, including Youth Empowerment Services (YES) staff, were below the poverty line.

The Poverty Assessment Report is produced every 10 years and the opposition had made several attempts in Parliament, before its Oct. 9 dissolution, to get Minister of Finance Camillo Gonsalves, to release the data.

“It’s a troubling report,” Opposition Leader Godwin Friday told an NDP press conference on Wednesday, where the figures were released.

Friday, who is making his first attempt to become prime minister, called on the Ralph Gonsalves Unity Labour Party (ULP) government to “do their obligation to the people, to, basically, level with them and tell them what the conditions are, and explain why we are at the point where we are now”.

At the same press conference, NDP chairman and incumbent MP for West Kingstown said that the government had ordered the staff preparing the report to halt work on it in early 2019.

And Friday said that the government must tell the people why the report was not completed and published — as had been the case previously  — “so that we can know where we are, so that there’s validation amongst the people as to what their condition is”.

The opposition leader said that the report shows that people are not simply complaining in the absence of hardships, as a ULP supporter had told him while he was campaigning in Clare Valley recently.

“…their (the government’s) own assessment proves that the pain that people are feeling, the expressions of hardship that we see around the country are real,” Friday said.

“And it is urgent because if you can imagine now that with COVID-19, that the situation has deteriorated dramatically. And when I called on the Parliament to put the money where the pain is, that is no idle request. The pain is real. And it is growing according to the government’s statistics.”

Friday was responding to his criticism of how the government had allocated funds in a supplementary budget, passed with opposition support, in response to the COVID-19 pandemic.

The report defines the Poverty Line as the minimum expenditure required by an individual/household to meet their basic food and non-food needs.

The report further states that the Indigent/food line is based on the minimum amount of money needed to purchase some basic food bundle.

Households or persons unable to meet the cost of obtaining these basic food items are categorised as critically poor, indigent or food poor.

The data show that in 2008, a household had to generate income of at least EC$204 per adult per month to live above the indigence line, while the figure had risen by EC$58 per month in 2018, reaching EC$262.

The report says that the 2017 labour force shows that 11.8% of the population was living in households reporting having fewer meals as a result of lack of money or resources.

This figure mirrors that of the 2018 indigent population.

And, when 30 days was used as the reference point, the 2017 labour force shows that 24.2% of the population was living in households which reported having fewer meals as a result of lack of money or resources.

This figure is close to that of 2018, with the reference being 12 months.

“This information was made available to the government of this country for a long time and their response was to make sure the population never sees it.

“We thank God that there are responsible persons in this country who understand the importance of the public being aware of this information and have made it possible, by an angelic intervention, for us to be able to bring it to you today,” Cummings said.

Cummings reiterated that the data point to the situation before the COVID-19 pandemic.

“And this is as at 2018. I keep making the point,” he said, noting that the report had put the vulnerability index near 50%.

“I just want to reiterate, this report, this study, was done well in advance of COVID. And everybody knows St. Vincent’s economy has nosedived since COVID so you can imagine what the figures would be if this study were done today. It is frightening,” Cummings said.

The opposition held the press conference weeks after Cummings threatened to release the information if the government did not, and after he began citing section of the report during the campaign for the Nov. 5 general elections.

Prime Minister Ralph Gonsalves, speaking at a campaign event after Cummings first gave specific figures, said that poverty had fallen under his administration but gave no particular numbers to support this, as he had done after the 2008 poverty assessment.