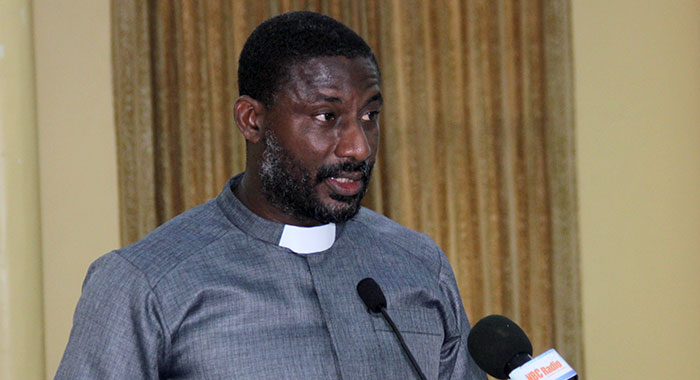 The Code was signed on October 16, 2020 with the full corporation and participation of the two main political parties. On that occasion both parties were clear and forthright in their commitment to the Code and demonstrated this immediately with the denouncing of the marking up of streets and the destruction of billboards.

Since the signing of the Code there have been evidences of constraint and regard for the Code either its letter or spirit. It is also commendable that several citizens have demonstrated an interest in the ideals reflected in the code, given that there has been questions regarding what were considered as infractions to the code and how could the code have more ‘teeth’. Several informal complaints or concerns have been made; these include:

In addition to these complaints and concerns expressed, there is also apprehension regarding the responsiveness of the parties to the correspondences and concerns shared by the NMCM. The two main party representatives have not been present at any of the meetings since the signing of the code and the NMCM has also not been able to receive from the parties their schedule of public meetings so that monitors could be properly organized and assigned. Correspondence was sent to the party representatives who are members of the NMCM as well as the party leaders inviting conversation regarding the matter of motorcades, whistle-stops and caravans. In that correspondence the concern was also noted regarding COVID-19 protocols and mass meetings. The intention was to have clarity and agreement on the way forward, avoiding ambiguity and inconsistency. To date the NMCM has not received a response from either party.

A conversation with the NBC Radio Station had provided the occasion for both parties to meet with the management of the radio station and the Christian Council, in order to clarify the services that the station would provide in keeping with the code. One party indicated that a letter was sufficient while the other did not respond or attend the meeting.

A subsequent correspondence was sent to both parties with a proposal for dealing with certain infractions of the code. The proposal included

The assumption made is that the more aware supporters are that their actions would cost their party, whether it is time, effort or money, the more likely they would act with restraint. It was noted that these proposals are not ‘perfect science”, however, they can encourage parties to be more vociferous in their advocacy of the Code. In addition, it was to some degree a demand for greater leadership from parties in preserving the code and upholding the noble values that our nation subscribes to. It was also expected that the parties would be encouraged to act in a manner that ensures that they do not benefit from deviant and destructive behaviours. The view is that if a street was painted, even without the approval of a party, once the markings remained the party could effectively ‘benefit’ from such ‘advertising’.

The above-mentioned suggestions are entirely exploratory and are in the embryonic stages. While a verbal response from one party representative seemed to indicate an openness to having such a conversation, the NMCM looks forward to the commitment of both parties to work through these proposals with the intent of making them part of the Code.

The NMCM recognises that there have been some infractions of the Code and that the strong potential exists for further violation which would necessitate the giving of reminders to preserve the Code. However, the NMCM continues to be hopeful that the overall approach to the Code and the ethos of the election would be such that we would be proud of as Vincentians and mature citizens.