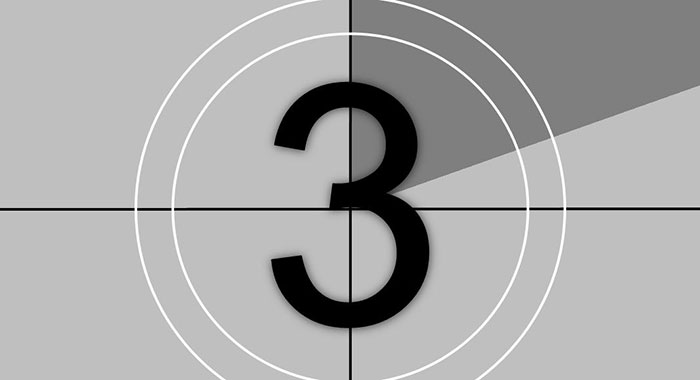 The time has come again for us to endure the endless boasting, bragging and chest puffery by this ULP administration… we have done this, we will do that. And once again I can’t help but feel like we about to get conned again. I mean their track record really speaks for itself. Yes, they have done things… one airport in Argyle, one hospital in Georgetown, about 80% of athletic track in Diamond, a bridge here, some wooden schools there, one Geothermal project…oh wait scratch that last one… but really, it has been 19 years… I can’t help but feel underwhelmed.

They are boasting about continually improving healthcare (check the billboards). Anyone who has been to the Milton Cato Memorial Hospital must laugh loud at that, do any of these politicians even go there when they’re sick, from all reports they don’t, probably only when photo ops are needed for Facebook. The state of our main hospital is enough for you to NEVER EVER be sick but perhaps that is the grand health care plan. Scare them healthy!
The other day I had a minor injury and couldn’t get any medical attention. The A&E at the hospital was not an option (Dengue and all) the private doctors were all full (Dengue and so), so I was told to go to Georgetown. All I can say is… We dey bad.

HUGE shout out to the doctors, nurses and staff that keep the MCMH going on a daily basis, making do with what little you may have, you guys are the REAL MVPs and we do not thank you enough.

They not saying too much about education, well I haven’t seen a billboard about that one yet, they probably still proofreading the new promises for that. However, I think it is safe to say the “Education Revolution” has FAILED our young people. So many students are now at secondary and tertiary level and don’t even know about subject and verb agreement. Teachers will tell you they have secondary school students who can barely write their own names… We dey bad.

The second part of this tragedy, nay travesty, is the question of who will employ these young people who have literally been shoved through this broken system and are now coming out with sub-par qualifications and generally unprepared for the world of work? The most many of these students have to look forward to is the $500 REFUND on their school fees when they leave college. Long term, viable employment with a path for upward mobility… not so much.

What is our country going to look like in another five years if this is allowed to continue? Will we have a generation of people surviving on welfare and handouts with only the privileged few, the “lucky” ones and the ones who “know somebody who know somebody or related to somebody” given PRIME positions in society? Can’t help but feel like we are building a whole country on very sandy shores, it is only a matter of time before the tide comes in and claims it all… we dey real bad.

On Friday, Oct. 23, less than 2 weeks before elections, there was a grand groundbreaking ceremony for a new hardcourt at Lowmans, very exciting things, there’s even a billboard. Made even more thrilling by the fact that two elections ago, on that same ground, we were promised a very grand and exciting Community Centre. I think they believe that we are collectively a nation of forgetful people, but alas, it is not so, and I am sure many communities have very similar stories to tell, the mysterious case of ever-changing and UNFULFILLED promises.

But it must be said though that it has been the MOST GROUNDBREAKING in the history of this country… allyuh be honest… never yet so we see so many tings happening with such fervor, I mean, what choice do we have… we must vote for them… we would be ungrateful not to. But if by some unfortunate happenstance they are returned to office, I can’t help but feel by the next elections the promise of a hardcourt will perhaps morph into a promise of a Modern City at Lowmans!

I look forward to a day when these politicians remember that they in fact work for us. They are in fact put into office to serve the needs of the citizens of this country and not just to look out for their own self-interest. They have figuratively (and literally) fattened themselves off of the backs of the people of this nation. As Vincentians we need to also remember that we are not supposed to be intimidated by them, it is our democratic right to remove and replace inefficient systems when needed. We have allowed ourselves to be too accepting of this current state of mediocrity, we deserve BETTER, and this administration has proven time and time again they couldn’t be bothered to even make the effort.

My fellow Vincentians, we must never forget that WE are actually the BOSSES here… and to have it suggested otherwise shows how little regard they have for all of us. Nineteen years is long enough… time for a change

One reply on “RING THE BELL… it’s the final countdown”