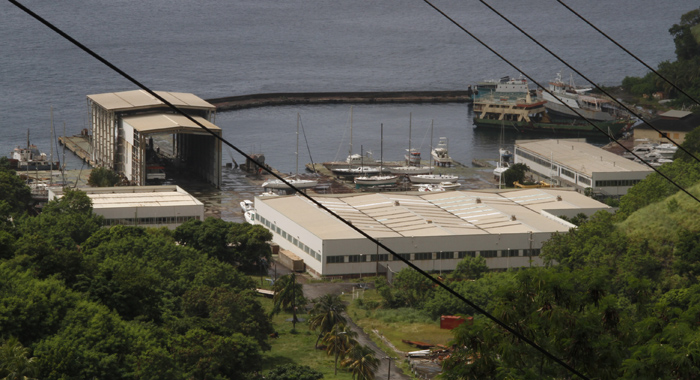 The ruling Unity Labour Party (ULP) rejected an opportunity to generate some 150 jobs at the Ottley Hall Marina, even as it pursued an inquiry that was intended to see if there was any wrongdoing during the construction of the project.

And, according to information disclosed by opposition politician Daniel Cummings, the country lost out on the jobs — and the millions it spent on the inquiry, which ended without the nation knowing if anything untoward took place during the construction of the project.

“I want to share with you an issue related to Ottley Hall as a simple example of how our country could be doing better,” Cummings, who is seeking a third term as MP for West Kingstown told an opposition New Democratic Party (NDP) virtual public meeting.

“In the year 2006, Martinique had a problem with its yachting industry. A company well established there had a two-year backlog of yachts that it could not service. They came to St. Vincent and requested of this government to lease them the Ottley Hall Marina so that they could employ 150 Vincentians, train them and certify them and perform a lot of work here, creating income and employment at that Ottley Hall Marina.

“The year 2006 — the government received by hand the request from this very competent firm. To date, they have not even acknowledged receipt of that request.”

Over the past few years, the marina has fallen into disrepair as the government has leased it to a number of entities which have largely failed in their efforts to make it a success, apparently mainly because of a lack of financial resources.

Cummings said that the NDP is committed to rebuilding that facility.

“It is not just a shipyard. It’s a marina so that when you bring your yachts and they are being repaired, your yachts can anchor there and there is to be a small hotel so that you yourself can stay there.”

He said that the project will also include “proper restaurants and all of that.

“Folks, this is real. The kinds of jobs that this project can and will produce will be not just people to turn the linen on the bed, the welders, the technicians, the painters, the builders, the engineers, the plumbers, you name it, they will be very well paid.

“Each of them would be in a position to meet the needs of their families. You are talking 150 to 200 families in St. Vincent lifting themselves out of poverty, living proper lives. A simple example, real and true. The New Democratic Party urges you to remember Nov. 5, do what you can do to salvage this country,” Cummings said, referring to Thursday’s general elections.

The NDP, in its manifesto has also promised to “redevelop the Ottley Hall Marina and Shipyard to create good-paying long-term jobs”, as part of its 10 major projects to create new jobs.

The marina was built in 1993 when the NDP, under the leadership of Sir James Mitchell was in office.

It was subsequently valued at between EC$3.5 million and EC$7 million but left the nation with a debt of EC$200 million.

Most of the debt was forgiven when the ULP came to office in 2001.