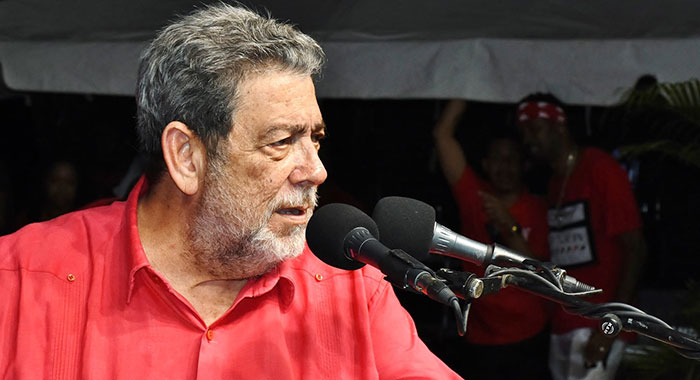 Prime Minister Ralph Gonsalves has suggested that the 2018 poverty assessment, leaked data which showed that poverty had moved from 30.2% to 36.1 in the preceding decade was not done properly.

“When the study is properly done, the study will be subject to a peer review because they go and ask some people some questions and people gi’ they answer and on the basis of that, you going compile something? You have to interrogate it,” he told the Unity Labour Party’s gospel concert in Arnos Vale on Sunday.

“Is a multidimensional poverty study. You think anybody can fool me with these things?” Gonsalves said.

He noted that he had told students at the Community College on Friday, two days after the opposition released the leaked data that the report was incomplete.

“Anybody could tell me that on a proper analysis St. Vincent poorer than in 2001?” Gonsalves said, adding that the number of houses in the country had moved from 30,000 to 43,000.

“You used to have about 8,000 cars, you have 30-something thousand now,” Gonsalves further said, adding that whereas 40% of students went to secondary school, there is now universal access.

“More people on public assistance getting support, more people on pension getting support, pension went up on four occasions. During our time, minimum wage gone up four times, one time under the NDP,” the prime minister said, adding that while the population had not increased by 2,000 people, there were now 12,000 more persons registered with the National Insurance Services.

“You ain’t see some people who writing, they writing a lot ah rubbish,” he said of the leaked report, which found that the country’s rich was getting richer and its poor poorer, even as poverty had fallen by 25% in the Colonarie census district, which includes the prime minister’s home village and part of his constituency.

7 replies on “Poverty study to be ‘properly done’ — PM”