New Cabinet to be sworn in today 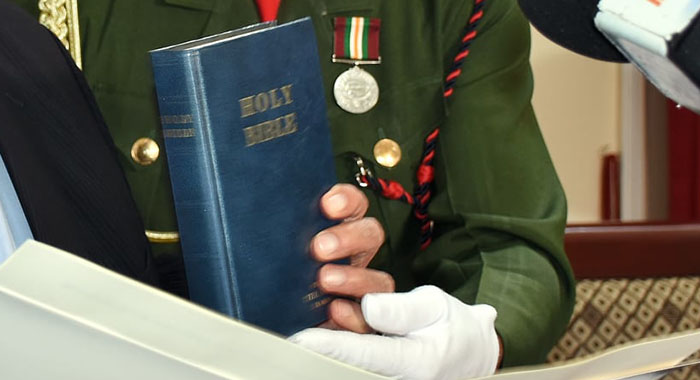 The new Unity Labour Party administration will be sworn into office today, Tuesday, during a ceremony at Heritage Square, Kingstown at 4:30 p.m.

There has been much speculation about the composition of the new cabinet, but Prime Minister Ralph Gonsalves has already announced that it will include three first-time MPs.

The cabinet will also include MP for North Windward, Montgomery Daniel, who was elected to a fifth consecutive term in office in Thursday’s polls and was sworn in as deputy prime minister last Saturday.

Jaundy Martin, a public servant, was returned as Attorney General, having been sworn in last Saturday at the same time as the prim minister and his deputy.

The ULP was returned to an historic fifth consecutive term in office on Thursday, winning the election by nine seats to six against the main opposition New Democratic Party.

2 replies on “New Cabinet to be sworn in today”