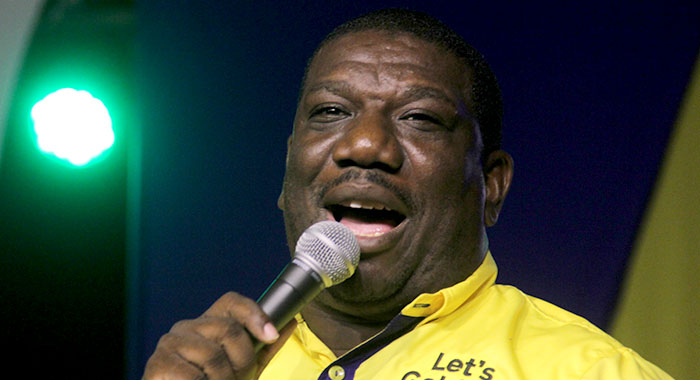 The next general election in St. Vincent and the Grenadines will be the political decapitation of the ruling Unity Labour Party, says Israel Bruce, who, as a first-time candidate, has knocked some of the shine off one of the party’s brighter stars.

In South Central Windward, Bruce lost to the ULP’s Saboto Caesar, whose 2020 margin of victory was 239 votes — less than in 2015, when he was re-elected to a second term by a 588-vote margin

Caesar, the Minister of Agriculture, along with MP for East St. George and Finance Minister Camillo Gonsalves is seen as a front runner to replace Prime Minister Ralph Gonsalves in that capacity as well as leader of the ULP.

Bruce was appointed an opposition senator in January 2019 and will return to the senate when the unicameral parliament meets at the end of this month.

“Mind you, the next election is going to be about political decapitation of the Unity Labour Party. Listen to me, let’s do this together, and let’s work together. The work starts tonight,” Bruce said.

He told the rally that the week of the Nov. 5 general elections, “there was a particular gentleman coming around on a truck telling the whole constituency that he is going to beat me by over 750 votes”.

“That’s what he told you all. The records will not change. The difference, from 588 in 2015, I brought him to his knees with a lead of only 239. You did that… With the blessing of Almighty God, with health and strength, with the prayers of all my prayer warriors – prayer warriors, I thank you, too.”

Bruce thanked the persons in New York and the British Virgin Island who contributed to his campaign.

He was also in high praise of his campaign manager, who he did not identify by name, but said that it was historic that his campaign was led by a woman.

Bruce, who was a senator in the last parliament, pledged continued service to constituents.

He said that with the NDP having won the popular vote, he will be pressuring the government to address infrastructural projects in the constituency, including roads in Lower Lowmans (Windward) and Greiggs.

“I say to you, South Central, that with a majority party, we are going to pressure for improved sports facilities across the entire constituency,” Bruce said, adding that he had heard the pleas of constituents.