Man charged over $100 believed to be from bank burglary 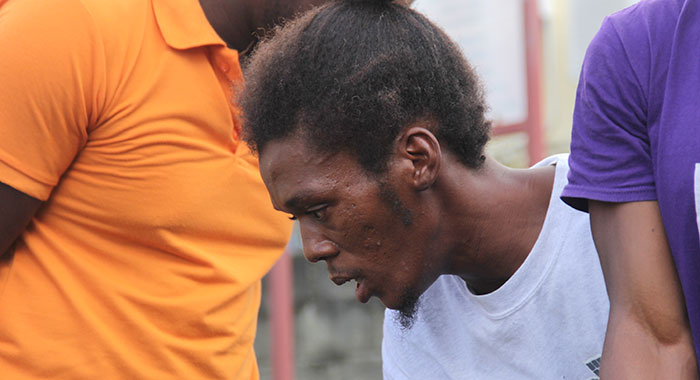 A Long Wall fisherman has netted a criminal charge connected to the EC$37,000 bank heist in Kingstown last week.

Jrann Browne, 31, appeared before the Kingstown Magistrate’s Court, on Friday, where a burglary charge connected to the heist was withdrawn from against him.

He was, however, arraigned on a charge that on Nov. 15, at Kingstown, knowing or believing EC$100 in cash to be stolen goods, dishonestly obtained same for his own benefit.

Prosecutor Police Sergeant Renwick Cato did not object to bail.

The accused man’s lawyer, Grant Connell, said that given the amount of money involved, the defence was asking that Laborde be granted bail in his own recognisance (his own bail).

Connell argued that his client is well known around the city and is easy to locate.

Cato, however, argued that the while the quantum was small, the offence is a serious one, adding that he would not want the court to set such precedence.

However, Senior Magistrate, Rickie Burnett, who presided, told the prosecutor that each case is dealt with on its own merit and the Crown had not advanced a ground on which to base an objection to bail.

Cato then told the court that the prosecution was asking for sufficient surety.

Connell suggested that the surety be in the sum of EC$100.

Burnett granted Browne bail in his own recognisance in the sum of EC$250 and ordered him to return to court on Nov. 30 for trial.