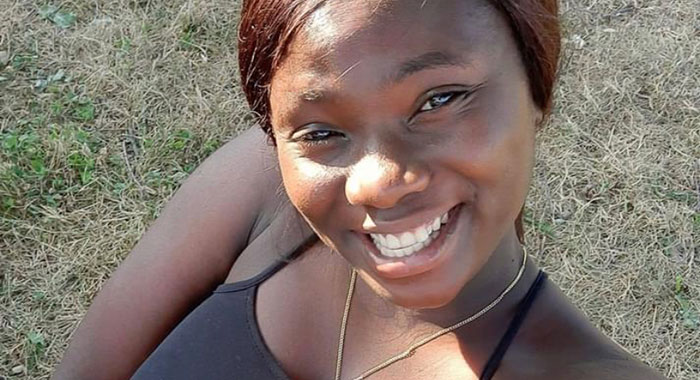 A Vincentian woman has told the Kingstown Magistrate’s Court that she attended a political rally on Oct. 27 — a day that health officials said she should have begun nine days quarantine at her home.

The woman, Jeyandra Jackson, 24, of Long Piece, Lowmans Windward, had initially pleaded guilty, on Monday, to a charge that she breached her COVID-19 quarantine.

However, she later changed her plea to not guilty, after hearing the facts as presented by the prosecution.

Jackson appeared at the Kingstown Magistrate’s Court on Monday, to answer to a charge that on Oct. 27, she contravened an order made by Dr. Roger Duncan, health officer, under section 27(a) of the Public Health Act, requiring her to quarantine herself from other persons.

According to the facts read by prosecutor, acting Corporal of Police Corlene Samuel, Jackson arrived in St. Vincent and the Grenadines from Canada on Oct. 22 about 3:30 p.m. on an Air Canada flight.

Persons arriving in SVG from countries with a COVID-19 outbreak are required to undergo mandatory quarantine for five days at a government-approved hotel.

They are also required to undergo a further nine days of quarantine at their home, if they test negative for the viral illness at the end of the five days in-hotel quarantine.

Jackson checked herself in at Spring Garden Resort on Oct. 22 and spent the five days there, leaving on Oct. 27.

Health officers informed her of her required in-home quarantine for a further nine days.

However, it was discovered that Jackson was not compliant with the quarantine stipulation.

It was revealed that Jackson left Spring Garden about 9:30 a.m., but attended a political rally at Rabacca that same night.

As a result, the police went in search of her and she was located on Nov. 17, taken into custody and told of the report.

When cautioned, she volunteered a statement admitting to the offence.

Jackson, who had pleaded guilty to the charge when asked if the facts as presented by the prosecution were an accurate reflection of what had happened, said that was not the case.

She told the court that she did undergo quarantine at Spring Garden for five days.

The accused woman told the court that on Oct. 26, “the lady that normally checked our temperature” told them to organise their relatives to pick them up the following day.

Jackson said that same day, Oct. 26, someone came and administered a COVID-19 test.

She said that on Oct. 27, the “secretary” at the hotel told her that “the lady” had called and had said that her (Jackson’s) test was negative and she could go home.

“Nobody told me that I had to quarantine for another nine days when I go home,” Jackson told the court, adding that she “did sign a paper at the airport which I did not get a copy of to see what it said”.

Jackson said she was given a card with a number and was told that if she developed any symptoms when she went home to call the number.

“I did go to Rabacca. I’m not gonna lie, because nobody told me that I had to stay home.”

She said that the following day, Oct. 28, the Commissioner of Police called her and told her to stay home, because someone had said that they had seen her out of quarantine.

Jackson said that is when she started to stay at home because no one had told her she had to quarantine at home for nine days.

The woman said she had money to collect and she sent it in her cousin’s name so that her cousin could collect it, because of the five-day quarantine.

Meanwhile, Duncan told the court he was not sure what Jackson had signed at the airport.

Jackson said that she had signed something before being swabbed at the airport.

The defendant further said she did not know if she left the paper on the table but she did not leave the airport with it.

The magistrate asked Jackson why she was saying she does not know if she left the paper at the airport, in light of the fact that she had said that she was not given a paper.

She said the police kept asking her for a paper and she told them that she was not given one.

But Duncan said health officials do not give anyone a paper to sign at the airport.
He said that the Ministry of Health records indicated that a court order was issued for Jackson.

He said he could access it from the database using his cellular phone, but said shortly after that the device was “a little slow”.

The doctor said that Jackson must have been issued a court order.

“It is very, very unlikely,” he said, adding that there are double checks.

The doctor said that even if it was missed “in the room”, it would be double checked at Immigration and also by the Special Branch officers outside, because the hotel is written on the court order so that the special branch would know how to direct people.

The magistrate said that implied in the charge put to Jackson was that she knew she had to quarantine herself and did not.

Jackson then asked the court, “So if I am supposed to quarantine from other people, why when the nurse came to me she told me to organise my family to pick me up the Tuesday?”

Duncan said that the protocol is that the driver should wear a mask, the person in quarantine sits in the back and all the windows must be down.

The magistrate then put the charge to Jackson and she pleaded not guilty.

He set her bail at EC$2,000 with one surety and the matter was adjourned for trial next Tuesday. Dec. 1.

On Monday, a St. Lucian man who lives in Layou, St. Vincent was fined EC$1,500 for breaching his quarantine.