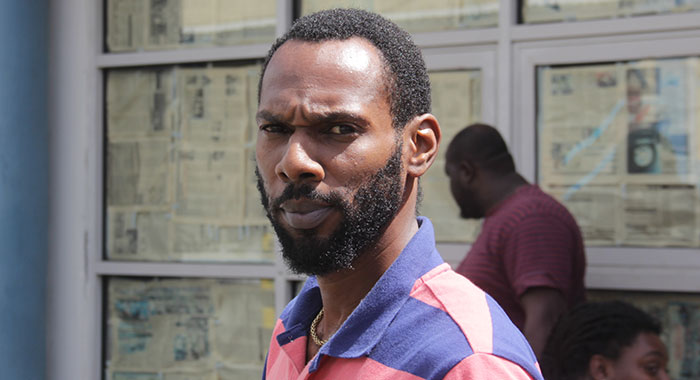 A St. Lucian civil engineer who is based in Layou, St. Vincent was, on Monday, fined EC$1,500 for breaching his COVID-19 quarantine.

Lennox Frederick, 37, was facing a fine of up to EC$6,000 and six months in jail for his offence, which health officer Dr. Roger Duncan told the Kingstown Magistrate’s Court was “reckless”.

Frederick pleaded guilty to a charge that between Sept. 17 and 28, at Villa, he contravened an order made by Dr. Roger Duncan, health officer, under section 27(a) of the Public Health Act, requiring him to quarantine himself from other persons.

He was given until Dec. 7 to pay the fine, if he is to avoid two months in prison.

Frederick’s lawyer, Al Elliot, had told the court that his client needed two weeks to pay the fine.

The facts of the case, as read by prosecutor acting Corporal of Police Corlene Samuel, are that on Sept. 13, Frederick arrived in St. Vincent on a One Caribbean flight without a negative PCR test result.

A test was administered on his arrival at Argyle International Airport and he was told of the retesting protocols on days four and five of his quarantine.

Frederick underwent quarantine at Paradise Beach Hotel, at Villa, at the expense of the airline that had brought him to the country without a negative PCR test.

Because he did not arrive with a COVID-19 test result, he was ordered to quarantine for seven days, during which a nurse checked his temperature daily and advised him as to what was required of him.

Frederick asked whether he could go home and the health personnel told him no.

On Sept. 17, Frederick’s test results were still pending but he left the hotel without completing his quarantine or receiving a negative PCR test.

A report was made to the Calliaqua Police Station and Constable 607 Jermaine Roberts entertained the report, contacted Frederick, and instructed him to surrender himself to police.

Frederick arrived at the police station on Nov. 22, where he was informed of the report. He was cautioned in the presence of his lawyer and he admitted to the offence.

He told police that on day two of his quarantine he developed diarrhoea and when his condition did not improve, he left the hotel and went home on day four of his quarantine.
This meant that Frederick had breached his quarantine for four days, according to the protocol that was in place then.

In mitigation, Frederick’s lawyer, Al Elliot told the court that his client has been working in SVG under contract since July 2019 and has accommodation at Layou.

He has no children or dependent, but has been experiencing some issues as it relates to his pay.

Elliot said that Frederick’s employers, Dipcon, agreed to pay him some EC$8,000 a month, he has “consistently received less than half of that on an average since February this year”.

The lawyer said that the Labour Department has been informed of the ongoing dispute.

He further said that on Sept. 13, Frederick returned   from St. Lucia for work and was surprised to learn of the quarantine because he was under the impression that there was a travel bubble.

Elliot said there were further implications of quarantine on his client’s work situation, if he was in SVG and unavailable for work.

He said that his client began experiencing diarrhoea while on quarantine and there was “a sense of hopelessness” because he had not received the test result during the first four days of the quarantine as he expected.

The lawyer said that he understands that COVID-19 is a very serious pandemic, which SVG has managed very well so far.

The lawyer said that the defence was not offering that excuse to the court but was merely outlining the circumstances.

Elliot said that his client has a tumultuous relationship with his employers and the sense of despair, coupled with the fact that he felt that he had his own residence at Layou, he felt at the time it would have been better for him to stay at home by himself in Layou, considering his bowel problem.

The lawyer said that his client had expressed contrition, adding that he was with Frederick on the Saturday night when he received the call instructing him to report to police at Calliaqua on Sunday.

Elliot said that Frederick obeyed the instruction of the police, volunteered a statement under caution and has spared the court considerable time with his guilty plea.

He said that he thinks that his client has learned his lesson; adding that he was thankful that there was no serious result from his breach.

The lawyer said it is not something that can be encouraged, but asked the court to consider a serious caution and reprimand would suffice.

He said that because of the labour dispute, his client is in default of his rent.

Elliot said that his client is not an irresponsible individual and that the action will never be repeated.

Meanwhile, in his comments to the court, Duncan said there has never been a bubble.

The lawyer agreed saying that he has travelled and in terms of practicality there has never been a bubble.

The doctor further stated that the reason why the airline was responsible for Frederick’s quarantine is because the airline knew that they should not have brought him to SVG without a negative PCR test.

He said that what was not available was Frederick’s retesting result, adding that in that case, the man’s status was unknown and he had to stay in quarantine.

Duncan noted that Frederick is an engineer.

The doctor said that Frederick’s diarrhoea could have been dealt with had he told health officials.

“This morning, we saw someone who had chest pains; we’ve carted them off to the hospital in an ambulance,” he said.

“If people are in quarantine, we look after them,” Duncan said.

The prosecutor agreed with the doctor that Frederick’s actions were irresponsible.

“He was where he could have been treated. A nurse was there. And when he left, he put other people’s life. It could have been worse than what it is. He took a taxi and went home,” she said.
Samuel noted that it was not until a police officer called Frederick that he responded.

Meanwhile, Frederick told the court that his flight was scheduled to return on the 9th, he got a text message from his office saying that the flight has been changed.

Frederick said this affected the validity of his PCR test results as it relates to re-entry into SVG, as they are only valid for three days after being issued.