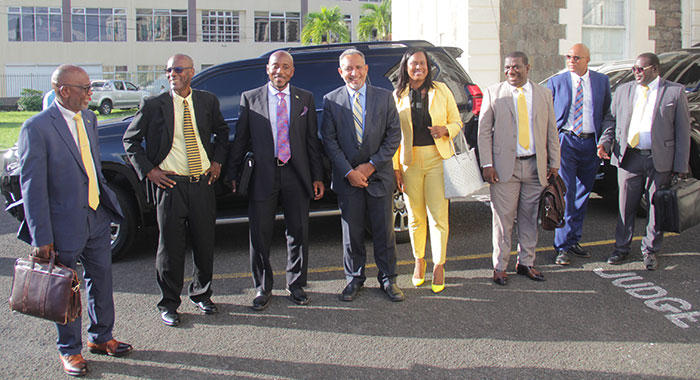 The opposition New Democratic Party will not pursue legal action in relation to the outcome of the Nov. 5 general elections.

The Unity Labour Party won the elections by taking nine of the 15 parliamentary seats, even as the NDP won the popular vote.

Among the ULP’s seats is North Leeward, which was held by the NDP in the previous parliament and which the ULP won by one vote.

The ULP’s Carlos James was declared winner of the seat after an at-times, contentious 17-hour recount, and the NDP had hinted at legal action over the recount.

On Monday, as Parliament met for the first time since the vote, iWitness News asked NDP President and Opposition Leader Godwin Friday whether his party had considered or was considering legal action regarding the outcome in any of the constituencies.

“We have considered many of these things. We have considered legal action. We haven’t filed any legal action but this is primarily a political struggle and we are going to engage in this very vigorously because the people of the country have spoken, they have given us a majority of vote,” Friday said.

3 replies on “NDP files no legal challenge to election results”