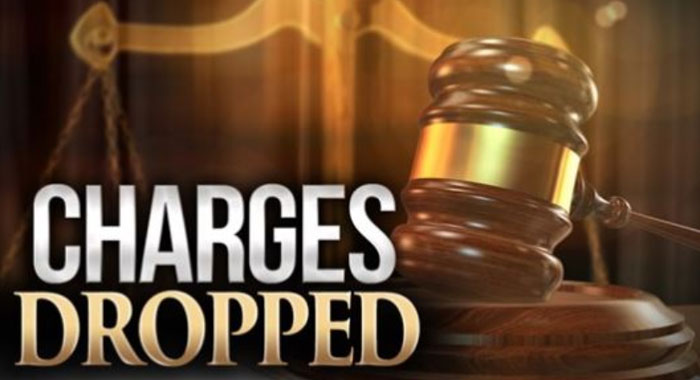 A woman who withdrew a threat charge against her husband immediately learnt that there is little the court can do against an alleged offender when there is no charge before the court.

The woman had brought her estranged husband to court on an allegation that he had threatened her repeatedly.

When the matter was called recently at the Kingstown Magistrate’s Court, Joseph Delves, lawyer for the defendant — the woman’s husband — told the court that the matter was from the Family Court.

The prosecutor, Sergeant of Police Renwick Cato, who formerly prosecuted at the Family Court, told the court that the last time that the matter was call up for hearing, the woman had said something as a result he was asking that she said, on oath, what she wanted to say.

The woman was put on oath and she told the court that the defendant is her husband.

She said that she made a report to the police that her husband had threatened her but that she was not proceeding with the matter.

She added: “He’s constantly threatening me so I just want the court fuh warn him.  I keep reporting it.”

The woman said she had made of her own free will the decision to drop the charge.

The prosecutor then told the court that in light of what the complainant had said, the Crown was offering no further evidence in the matter.

“But both of you living in the same house?” Cato asked the woman, who responded in the affirmative.

The magistrate then said that the criminal matter had ended.

He, however, suggested to Delves that he have conversation with his client.

“Because though the matter is done, the complainant has made certain complaints about certain things.  I can’t speak to him because there is no matter before me…”

Delves told the court that the couple had appeared in the Family Court before, therefore there are a few things that he could not say.

He, however, said that the couple was living in the same house but their marriage has broken down.

“So, until things come to a formal end, there is naturally that tension. And when a matter is at the Family Court, they can counsel both of them and make suggestions about how they should live in the interim difficult period,” Delves said.

The lawyer further said that the couple had had that counselling and was abiding by it, as far as he knew.

The magistrate then thanked both parties and told them they were free to go.

“Yeah, but–” the woman said, quizzically.

The magistrate told the woman to talk to the prosecutor, who would explain things to her.

The woman said, “Because me bring it here because me want it to stop.”

“Well, the case is done,” the magistrate said. “What I can say to him is limited”.

The woman said “OK” then exited the stand.