Jesus is NOT the reason for the Christmas season! 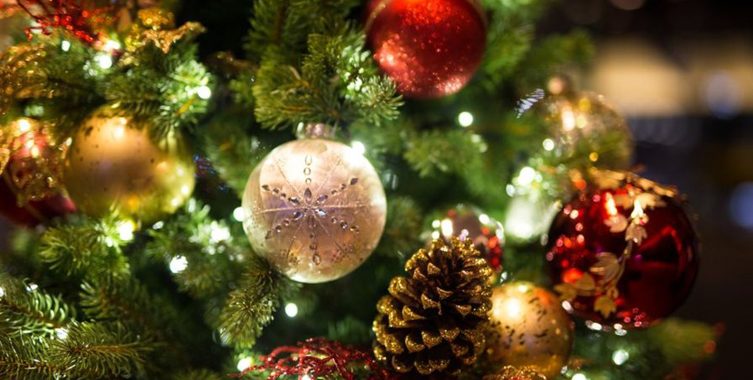 Christmas today involves house decorating, extravagant shopping, excess drinking and eating, gift exchanging, parang singing, prize winning and maybe a re-enacting of ‘the birth of Jesus’. It is a time when businessmen get rich by capitalising on the idolatrous traditions that have been “Christianised” and given to the world by the Roman Catholic Church. Indeed “…the merchants of the earth are waxed rich through the abundance of her delicacies.” — Revelation 18

Biblical and historical evidences show that Jesus is not the reason for the season. Christmas celebrations are traced back to mid-winter solstice festivities involving revelry and human sacrifice Dec. 25 was celebrated as a pagan festival long before Jesus was born.

Professed Christians are well aware that Dec. 25 is not the birthday of Jesus Christ. However, feelings to them bear preference above Bible truth and facts. Their hypocrisy is glaring. While they reject clear Bible truths such as 7th day Sabbath keeping (Exodus 20:8-11), they quickly embrace a variety of non-Christian traditions that were instituted by disobedient men.

During the Third Century, it was Roman emperor Aurelian who decreed that Dec. 25 should be celebrated as the birthday of Sol Invictus- the sun god. The 25th of December is further linked to the celebration of the birthday of Nimrod. Nimrod was the chief rebel against God in building the tower of Babel- “…he was a mighty hunter before the LORD. And the beginning of his kingdom was Babel…” Genesis 10:8-10.

The usual religious compromise of the Catholic church led Pope Julius 1, in the Fourth Century, to declare that Christians should celebrate Dec. 25 as the birthday of Jesus. “Within the Christian church, no such festival as Christmas was ever heard of till the third century…the choice of Dec. 25 was made by Pope Julius in the fourth century AD because this coincided with the pagan ritual of winter Solstice, or Return of the Sun.” Good old time religion p.3. The Roman Catholic church totally ignored scriptures. One religious researcher commented that, “the birthday of the sun-god became the birthday of the Son of God.”

Many who see the extravagance practised around this time would continue to lament that “we must put Christ back into Christmas”. However, it is impossible to put back Christ where he never was in the first place. Jesus is not the real reason for the Christmas season.

There is a way to show that you really love Christ and He tells us:  “ If you love me keep my commandments” John 14:15. You need to let Christ change you and give you His character to bring you into obedience to all of His commandments that you may be able to serve Him from January to December. Time is very late in earth’s history and you need to dedicate yourself to learning and living God’s truths. Do not follow the dictates of rebellious popes and Christ-hating emperors. Follow the holy instructions of Jesus Christ to make you wise and sincere — “But in vain do they worship me, teaching for doctrines the commandments of men…Go ye therefore, and teach all nations…to observe all things whatsoever I have commanded you…” Matthew 15:9; 28: 19-20.

One reply on “Jesus is NOT the reason for the Christmas season!”