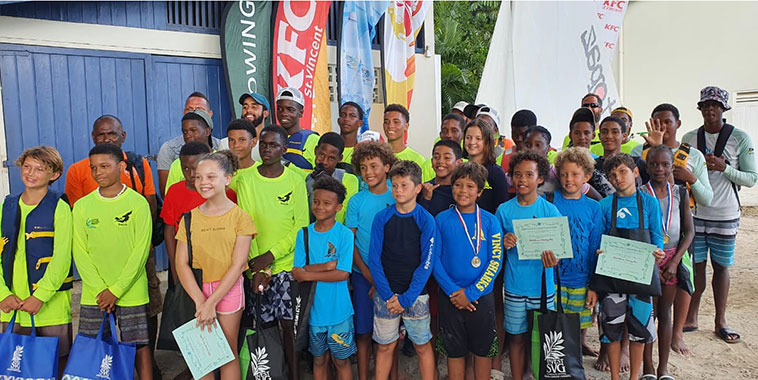 Youth Sailors from St. Vincent and Bequia, on Dec. 12, competed against each other in a Christmas Unregatta held at Blue Lagoon Hotel and Marina.

Four clubs from Bequia and one group from St Vincent took part in the event.

In the morning, heats were held to place the 24 Open Bic sailors in fleets — Gold, Silver, Bronze and Blue. In addition to the Bic heat, nine children also competed in Topaz boats.

The finals were held after lunch, which was donated by KFC, Tuste and ECGC.

The overall winner of the competition in the Gold fleet was Zach Mclawrence followed by teammate Kai Marks-Dasent, both from St Vincent.