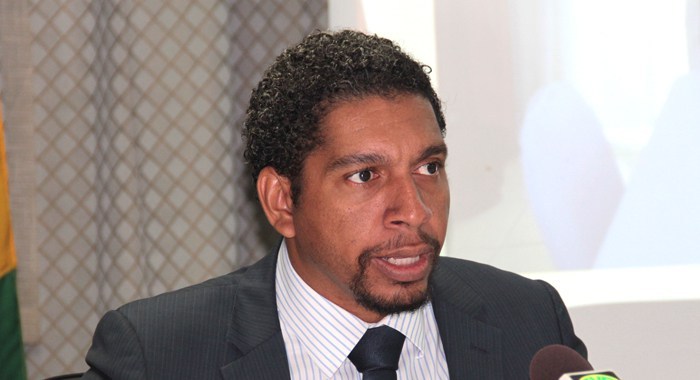 In a break with tradition, the government, on Monday, in the absence of a budget for 2021, got the approval from Parliament — without opposition support — to borrow EC$125 million for capital expenditure for next year.

But leader of the opposition Godwin Friday said that the move smacked of desperation, and voted against it.

And, in presenting the bill to lawmakers, the finance said that the legislation — presented at the first substantial meeting of the new Parliament — is familiar to most lawmakers, in that it is brought to parliament at least once annually.

He said that for next year’s budget, the government is seeking to raise EC$125 million by way of bonds, in or out of St. Vincent and the Grenadines, on the best and most favourable terms that can be obtained.

The finance minister noted that in January 2019, the government brought a bill for EC$100 million, followed by a second bill in October that year for EC$50 million.

And, in January 2020, the government brought a bill for EC$100 million, while the one approved on Monday was for EC$120 million.

He said that in recent years, in the aggregate, the government has been borrowing between EC$100 million to EC$150 million annually in that regard.

“We are going about a month earlier than usual with this bill, essentially so that we can get a jump on the financing for the 2021 budget seasons,” the minister told lawmakers in presenting the bill.

“We have to schedule our offerings on the regional securities market with other countries in the Eastern Caribbean Currency Union that also seek financing on the eastern Caribbean securities market and it is better to get this legislation done early so as to optimise the timing not only for going to market and the commencement of what will be a very critically important public infrastructure programme in 2021.”

He said that in recent history, when the government goes to Parliament with the bill in February or thereabout (after the budget is approved) the money is not actually borrowed until the beginning of the second quarter.

“And that shortens the timeline in the year for the number of important budgetary priorities that are funded by those borrowing.”

Gonsalves said the Estimates contain a number of things funded by local loans, and a great deal of the financing source is from the monies raised as consequence of this particular piece of legislation.

“So bringing it early now, let us schedule and time and structure our forays in the regional securities market in a more optimal manner and buy us a critical month or two in starting our capital works programme early in the year and, in a year where tourism revenues are certain to be reduced, a robust construction sector will be critical to regaining and sustaining economic momentum in 2021.

“Additionally, due to regional conditions, it’s likely to be fortuitous for us early in the year for getting low-interest, long-term financing for our capital programme.”

The finance minister told lawmakers that the securities market has faith in SVG’s debt instrument at a time when other regional economies are signalling that their circumstances and COVID-related challenges may require refinancing of their existing debt or even a haircut for creditors.

He said that given this faith in Kingstown’s debt instruments at the moment, it is also useful for SVG to have the ability to go to the market early to optimise the terms by which the country will be borrowing money.

The finance minister said that while the government has to watch its long term borrowing, it has to do what is necessary to keep the economy afloat during the coronavirus pandemic.

“In fact, our revenues increased slightly over our 2019 numbers,” he said, adding that thanks to the leadership of Prime Minister Ralph Gonsalves, the country’s economic decline was minimised.

“Nonetheless, there are considerable uncertainties and considerable and myriad variables clouding our 2021 forecast, largely as a product of the pandemic and because of the uncertainties still wrought by the pandemic, by the possibilities of further and continued lockdowns in major economies, by the possibilities of third and fourth waves and new variants of the virus and what that will mean for tourism and global trade, we have to focus on the things we can control…

“And one of the things we can control is how much construction we do and how active our public sector investment programme is and how targeted it is on generating employment, generating meaningful economic activity in the coming year and we plan to do that and to do that early in the year, starting that as quickly as possible, starting that on the best possible economic terms, we bring this piece of legislation now so that we can get a jump on that financing and get a jump on putting people to work in St. Vincent and the Grenadines, particularly although not exclusively in the construction sector.”

The bill signals that the government is not looking to radically increase its borrowing in 2021 and it is within the parameters of what has come to parliament in recent years, the finance minister said.

“But it is giving ourselves the necessary space in the event that the exigencies of the pandemic require additional borrowing.”

He said that the government was also prioritising timing, both in terms of starting early with the capital programme and also in getting the best terms in the financing of the programme.

In his response to the presentation, Opposition Leader Godwin Friday said he was “grateful for the explanation but not entirely comforted by it.

“In fact, I am very concerned,” he said, adding that the oversight function, the obligation to bring such matters of borrowing to the Parliament is a part of the constitutional process and framework and one that opposition lawmakers take seriously.

Prime Minister Ralph Gonsalves told Parliament, on Monday, that the Estimates of Revenue and Expenditure will be presented by the January, as mandated by law.