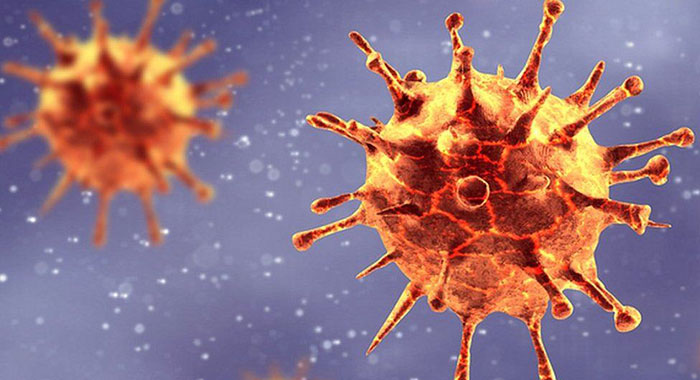 Two health workers have tested positive for COVID-19, health officials in St. Vincent and the Grenadines confirmed on Tuesday.

Further, iWitness News has been reliably informed that at least five police officers have tested positive for the viral illness.

Some of the officers are assigned to the nation’s air and seaports and are believed to have contracted the illness on the job. Widespread testing of police officers are said to be taking place.

At a press conference in Kingstown, on Tuesday, Chief Medical Officer, Dr. Simone Keizer-Beache announced that an additional four local cases had been confirmed overnight, bringing the total to 16.

These local cases, which began emerging on Dec. 28, are among persons with no recent travel history.

“Of those cases, we have grouped them into basically three clusters, or three categories. We have two clusters and the remaining numbers are individuals who we are at this time attempting to link to the existing clusters,” Keizer-Beache said.

Her comment raised questions about whether health officials should be trying to determine the source of the infections rather than “attempting to link [them] to the existing clusters”.

“In terms of the clusters, one cluster has seven; another cluster has five and the others that we are working on …, four, in terms of finding the link.”

The CMO said that health authorities have conducted 21,373 tests and further testing continues.

“We have utilised our molecular lab unit, we have expanded our testing capacity to the Milton Cato Memorial Hospital, where we are testing using our GeneXpert machine,” she said.

Regarding the health workers who tested positive, Keizer-Beache said that these cases were confirmed on Monday.

“So far, from our investigations, those infections were not contracted, or let’s say the exposure to COVID did not take place at the worksite. They were outside of the health facilities where they work,” she said.

The confirmation of the two cases “was a difficult period” for health officials, the CMO

Keizer-Beache reported that the two workers “are stable; they are not ill in terms of having to be admitted.

Regarding persons admitted to health care facility as a result of COVID-19, the CMO said:

“In terms of capacity to treat persons, we currently, as Minster [of Health Jimmy Prince] said, we have the Argyle Isolation Facility and we have admitted one person there who is admitted for care and not just safekeeping.

SVG has now recorded 137 cases of COVID-19 with 100 0f those cases having recovered, leaving 37 active cases.