Man to be tried over attempt to swipe stolen phone 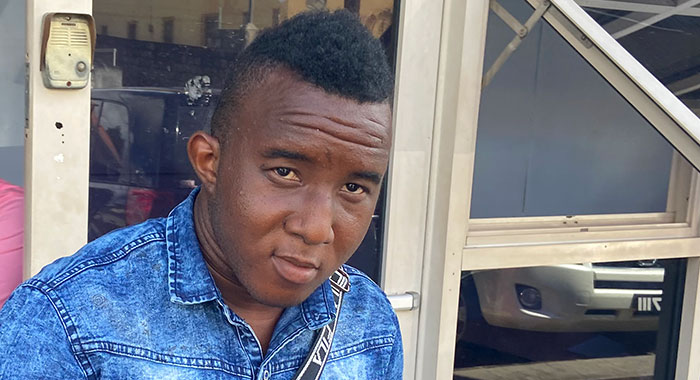 A Georgetown man who assisted a Sandy Bay resident in his attempt to swipe a stolen cellular phone will be tried on a handling stolen goods charge.

Danrick Quashie, 19, had initially pleaded guilty to the charge, at the Kingstown Magistrate’s Court on Dec. 28, 2020.

However, Senior Magistrate Rickie Burnett vacated the guilty plea after the hearing of the facts.

Counsel Paula David who was at the bar table but was not involved in the case, had refused to say anything in defence of Shaffique Williams who had pleaded guilty to stealing the phone.

On Dec. 25 – Christmas Day — Williams snatched the device through Nolah Lawrence’s bedroom window at she slept at her Colonarie home.

David told the court that having heard the facts, she was of the view that a not guilty plea should be entered for Quashie, and a trial held.

Williams had taken the stolen phone to Quashie and told him that his sister had given it to him, but she could not remember the password.

Quashie told the court that he used to work on the road-cleaning programme but was sacked and now helped his brother to vend.

He said he had never seen Williams with a phone before Christmas night, but William said he had gotten it from his sister.

“When he told me that, I turned on the phone and saw [the photo of] a small girl on it,” Quashie told the court, adding that he had never seen Williams’ sister.

Quashie said he then turned off the phone and asked Williams if he was sure that he wanted to swipe it.

Williams said yes and Quashie told him to check back the following day for the device.

Quashie said it did not cross his mind that the phone might be stolen because he had been drinking when Williams approached him.

But prosecutor acting Police Corporal Corlene Samuel noted that Quashie had said that he had questioned Williams twice about the phone.

“He knows who he is and that is why he questioned him,” the prosecutor reasoned.

At this point, David said that having regard to what Quashie has said, she thought it would be unfair to accept his guilty plea.

Quashie was granted EC$1,000 bail and ordered to appear before the Georgetown Magistrate’s Court on Jan. 11, 2021 for trial.