Health Ministry ‘not saying that we have community spread’ 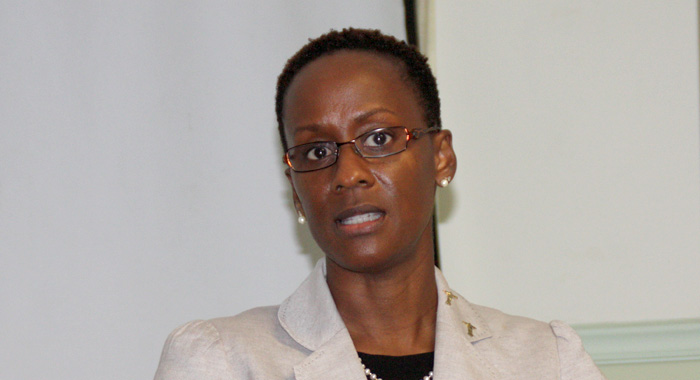 The Ministry of Health is not, at this point, saying that there is community spread of COVID-19 in St. Vincent and the Grenadines, where 16 persons with no travel history have tested positive for the illness since Dec. 28, 2020.

Rather, Chief Medical Officer, Dr. Simone Keizer-Beache told a virtual press conference on Tuesday that there are two clusters totalling 12 persons, and four other persons, the origins of whose infections health officials are still trying to determine.

One cluster is made up of seven persons while another is composed of five.

“So, for example, as I said, we have identified at least two clusters where those persons either work in the same area, they congregate in the same area or they attended an event.

“So we have identified two of those and we are in the process of actively investigating the others who haven’t immediately fallen into those two clusters to determine if there is any link.

“So, at this point, the ministry is not saying that we have community spread. Rather, we are saying we are investigating and we have made some significant progress in terms of getting the linking and we are going to continue to investigate and go along that way.”

The CMO confirmed that two health workers had tested positive for the viral illness, but said they contracted it outside of their workplace.