PM not losing ‘any sleep’ over Nigerian’s prophecy 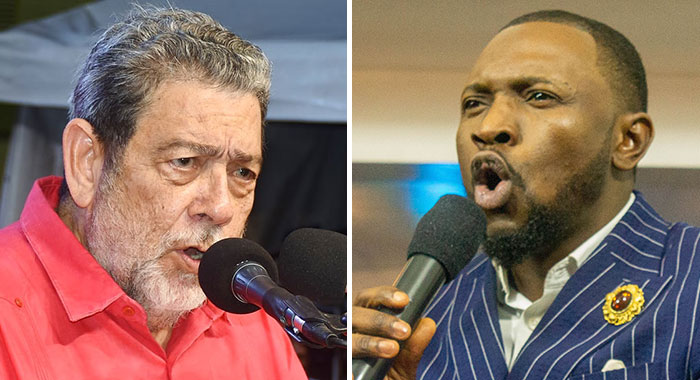 Prime Minister Ralph Gonsalves says he is not losing any sleep over a Nigerian “prophet” who has made certain allegations about him and St. Vincent and the Grenadines.

“Similarly, I don’t lose any sleep or any worry over the fact that a Nigerian pastor says that St. Vincent and the Grenadines, we involved in obeah (witchcraft), Trinity Falls is a place where you do] witchcraft and that the prime minister is corrupt and he must call a day of prayer,” Gonsalves said on Star FM on Monday.

He was speaking after saying that an iWitness News headline about a comment he made last week Wednesday was “the opposite of what I was saying”.

The preacher’s allegations surfaced in the form of video clips circulated via social media recently.

iWitness News cannot determine when and where the videos were recorded, however, the prophet is John Enumah, whose John Enumah Ministries is based in London, England.

The website johnenumahministries.com says Enumah “is a Prophet called by God as an oracle to liberate destinies in this end time by transforming lives and eradicating the works of darkness through the Apostolic, Prophetic, Healing and Deliverance Ministry”.

“Well, I am not qualified to question his prophetic voice or not. But I notice that a week, a few days later, some persons might have told him something, he tried to backtrack, and say, arhm, well, people tell him how you could treat the big man like this, meaning me nuh, meaning the prime minister, which he says he doesn’t know anything about.  It’s amazing.”

Gonsalves said he does not know if Enumah has Vincentians in his congregation.

“He knows nothing about St. Vincent. He might have heard about the volcano and along with COVID because it has been in the news…. I don’t know. He must have heard about it in some way, otherwise he wouldn’t preach about it.

“So the second video was a kinda trying to soften what he said but yet double down. And hear the next thing now which is said that if I don’t put my hand on the Bible what would happen to me after seven days you will see.

“I don’t need to go through those things. But I am accustomed to people — some false prophets here. You know how many people prophesy, even in the last election campaign you have one from Petit Bordel saying what would happen to me if I don’t do this, that and the other. What about those who predicted in 2015 that I would lose 12-3? You remember the thing with the sword?”

The prime minister said none of these things worry him.

“I speak to God like most people in St. Vincent and the Grenadines and I say to him, in amending the advice given by the prophet Eli to young Samuel, ‘Speak, Lord. Your servant Ralph is listening’,” said Gonsalves who dubbed himself World Boss during the campaign for last November’s general elections.

“But I am not bothering with any Nigerian who is in England or anywhere else saying he is a prophet. What I do know is this: you have — nowadays almost everybody declaring themselves a prophet…

“There is one who had come to me, I can’t remember if he is from Nigeria or Ghana, who is in Canada and a local Christian group had made an appointment and he came to see me and I did a — they had a little video where I said — I met him and so forth, but I also made the point to him and I think I made it in the video but I certainly made it to him, you know the little clip nuh, that in the  book of Romans, Paul begins, ‘I, Paul, servant of the Lord, called to be an apostle’,” Gonsalves said.