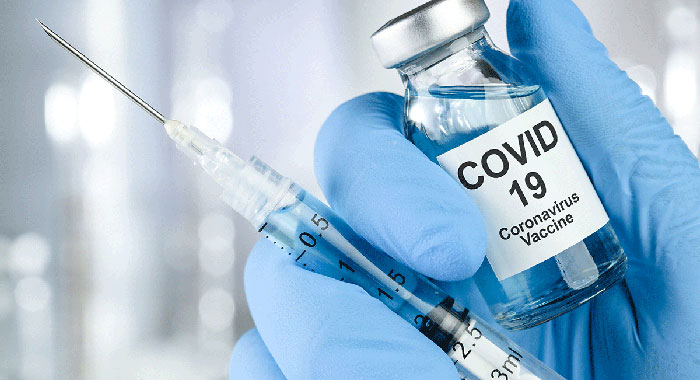 As St. Vincent and the Grenadines, like many countries around the world, is struggling to get its citizens to buy into taking a COVID-19 vaccine, citizens learnt this week that among the persons who were yet to get the jab were health officials who were lauding its benefits.

It might, therefore, not be surprising that when a journalist asked who among the panellists and technical experts at a press conference on Tuesday had taken or had an appointment to take the vaccine, a voice in the background said, “That’s not a question.”

In asking the question at Tuesday’s virtual press briefing, iWitness News had said:

“It seems that buy-in continues to be a challenge. I was just wondering if the people on the panel, those who are technical experts, how many of them have or are scheduled to take the vaccine and whether or not they’d be willing to disclose that publicly.”

“That’s not a question,” a male voice can be heard saying in the background.

“Who wants to take that one?” communication consultant Theresa Daniel who moderated the press conference, asked of the panellists.

She was asking which of the panellists wanted to respond to the question.

“That’s not a question,” the same male voice said again.

“Okay, everybody in the room, I gather,” Daniel again says.

“So, the answer is, some have, and others have theirs scheduled,” the communications specialist responded.

“But that’s not the question,” the male voice again maintained.

According to the Ministry of Health’s Facebook page, Minister of Health, St. Clair “Jimmy” Prince had his first dose of the Covishield (Indian) AstraZeneca jab on Thursday, two days after the press conference.

The country has also received Sputnik-V vaccines for 20 persons.

At Tuesday’s press conference, the ministry said that health care workers, though prioritised for COVID-19 vaccination, are not coming forward in the numbers anticipated.

Therefore, the ministry has been giving the vaccine to whoever volunteers to take it, but has set aside 2,000 doses for frontline workers.

Along with health care workers, the ministry is prioritising persons with pre-existing conditions as well as those who are 65 years and older.

“So, yes, we prioritise but we cannot sit back and wait on procrastination in order to move forward. So, if everybody who is prioritised comes forward, we would like that at the beginning. But, whosoever will may come,” Dr Franklyn James, registrar, Community Health Services said in response to a question at Tuesday’s press conference.