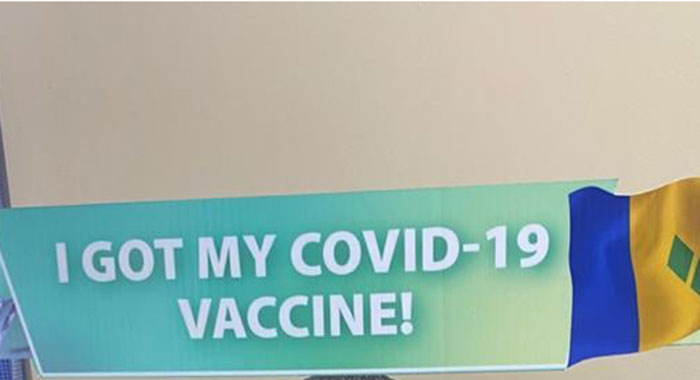 The Ministry of Health on Tuesday said that health care workers, though prioritised for COVID-19 vaccination, are not coming forward in the numbers anticipated.

Frontline workers, persons with pre-existing conditions and persons 65 and older were initially prioritised for vaccination.

Two vaccines – the Sputnik-V and the Astra-Zeneca are available in St. Vincent and the Grenadines (SVG).

However, photos on the Ministry of Health’s Facebook page suggest, and the ministry has admitted, that healthcare workers have not been taking advantage of this priority, as anticipated.

In fact, some of the health officials at a press conference on Tuesday, where persons were encouraged to get vaccinated, were yet to take the jab, though they said they have appointments to do so.

“Yes, it was announced that priority would be given to these people but there is no obligation for people to take the vaccine. It is not mandatory. And if persons who are prioritised are not coming forward in the numbers, then we have to give it to who want it,” Dr Franklyn James, registrar, Community Health Services told Tuesday’s press conference in response to a question.

“I think it may be a bit higher than that. But I think that has to be our objective: that we have so many people immune that the few who do not have the disease, it becomes almost impossible or difficult for them to contract the disease,” James said.

“So, yes, we prioritise but we cannot sit back and wait on procrastination in order to move forward. So, if everybody who is prioritised comes forward, we would like that at the beginning. But, whosoever will may come,” he said.

Meanwhile, Shanika John, the ministry’s health promotion officer said that while it might appear that persons outside of the priority group were vaccinated, persons with pre-existing conditions, “especially those who are under age 65 do not have a particular look.

“And so we’re still targeting those persons with pre-existing conditions, those persons who are 65 years and older, we have reserved 2,000 of our vaccines for our healthcare providers and we will also target some of our educators who are interested, specifically in the primary and secondary school setting,” John said.

Meanwhile, Minister of Health St. Clair “Jimmy” Prince also told the press conference that 2,000 vaccine doses have been set aside for healthcare workers

“Of course, we are careful to ensure that the people at the frontline and those who are over 65 and who have comorbidities are taken as priorities,” the health Minister said

Prince further said that the nation’s health care workers are overwhelmed as COVID-19 has challenged even the most robust health care systems.

“… and as such, we are currently recruiting additional nurses to support the existing teams,” he said.

“Those additional persons will strengthen our capacity to administer vaccines across the country. They will also help with making contact with the persons awaiting test results at home in other government appointed locations,” the health minister told the press conference.