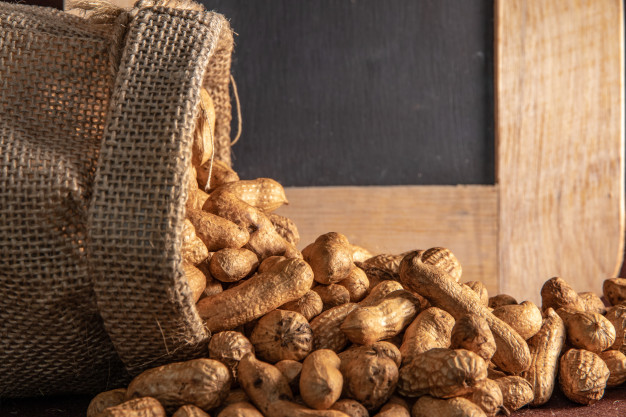 Clive Castello might have gotten away with stealing a sack of peanuts from a 24-hour fruit stall in Kingstown, had he not gone back a second time.

“Oh, you dey up man,” Costello blurted out when his face almost touched that of Maxwell Sayers, the fruit stall owner, who was relaxing inside his vehicle near the stall on March 15 —  almost two weeks after the theft.

This aroused Sayers’ suspicion and he called the police, who arrested the man, who was later confirmed as the thief.

On Tuesday, at the Kingstown Magistrate’s Court, Castello, of Spring, Biabou, pleaded guilty to the charge that on March 3, at Bay Street, Kingstown, he stole a sack of peanuts, valued at EC$540, Sayers’ property.

The court heard that Sayers operates a fruit stall under the Courts’ gallery on Bay Street, Kingstown.

About midnight on March 2, Sayers was in his vehicle which was parked on the street near the stall while his employee was stocking the stall.

However, both Sayers and his employee fell asleep and when Sayers awoke around 3 a.m., he noticed that a sack of peanuts was missing.

He reported the theft to the Criminal Investigations Department.

On March 10, the investigating officer obtained CCTV footage from Courts.

Sayers was relaxing in his vehicle near the stall around 5 a.m. on March 15, when he felt “a presence” outside the vehicle.

When he looked out, his face almost touched Castello’s, who commented about Sayers being up.

Sayers watched Castello as he walked along Bay Street. When Castello reached close to the Central Police Station, located along that same street, Sayers called the police who arrested him.

The CCTV footage confirmed that Castello was the peanut thief.

He told police that he had roasted and sold some of the peanuts and sold the remainder by the pound, making a total of EC$180.

In mitigation, Castello told the court that he has been a tailor for the past 16 years and was at Green Hill at a friend’s on the night of the theft.

He said he came into the city around midnight as he was going to catch a van around 4 a.m. to go to Biabou. Castello told investigators he was going to “relax” in the intervening four fours.

“Tell you the truth, I fall in a trap,” Castello said, adding that he had surgery to his stomach last June.

“That slow me down a lot from what I was supposed to do,” the defendant said, adding that he lives with his wife — who had a stroke and cannot do anything for herself — and their children.

Castello told the court that they live in a rented house and ran short of money.

“I don’t really do these things,” he said of his crime, adding that at the time, he thought that stealing the sack of peanuts was the only thing that could help pay his bills.

Responding to questions from Senior Magistrate Rickie Burnett, Castello said that he had seen Sayers and his team operating the business under the gallery.

“Why you didn’t just wake up the guys? And had it not been for the technology where cameras are all over Kingstown, you might have gotten away.”

Meanwhile, Sayers, who told the court he works the “four to midnight” shift at the business, said he believes that Castello’s theft was a regular thing.

He came to this conclusion when he caught Castello peeping into the vehicle.

The senior magistrate said that when people work like Sayers does, it must have an impact on the sentence that the court imposes.

Asked how soon he could compensate Sayers, Castello said in two months.

“You stole from the man but the man must sit back and wait two months. If I had my way, this money would’ve been paid forthwith,” Burnett said.

Sayers told the court that he does not like to be hard on people and have not pressed charges on people who he had caught stealing from the stall.

The businessman, however, said that the EC$540 he would have made from the peanuts is about one-third of the monthly mortgage payment, adding that he sleeps at his house a maximum of two nights per week.

The magistrate ordered Castello to compensate Sayers by May 28 or spend six months in prison.

He also imposed a fine of EC$1,000 or nine months in prison.

Burnett said that, generally, fines are to be paid before compensation, but in this case, he ordered that the compensation be paid first.

Castello has until June 30 to pay the fine, if he is to avoid jail time.