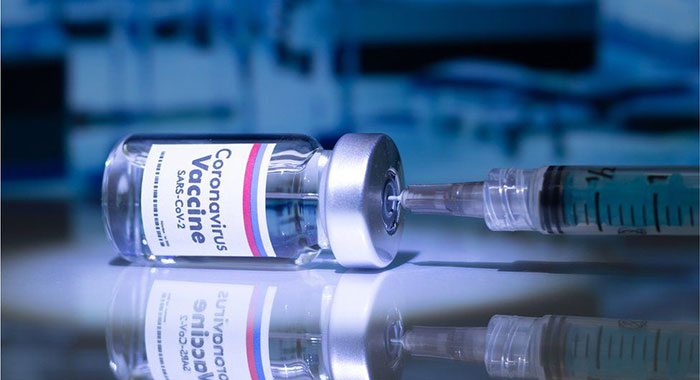 Leader of the Opposition Godwin Friday has restated his party’s support for vaccination as a means of containing the COVID-19 pandemic, but says that citizens should not be pressured or enticed into taking the jab.

Friday told a press conference on Wednesday that he has been consistent in his support for vaccination, and took the jab because he believes it is safe and necessary “to get back to our lives”.

“But nobody should threaten anybody and make them feel that somehow their fears … are not worth exploring,” the opposition leader said.

“You know that I feel it is best for there to be widespread vaccination.

But people need sound information that takes their concerns and fears into account and addresses them.

Recently, the government has taken to what some consider as pressure tactics in an attempt to get some sectors of the society to take the jab, although it is not mandatory.

For instance, Prime Minister Ralph Gonsalves had said that his government would pass a law mandating that omnibus operators get vaccinated, if they want to increase their ridership, beyond half, as is the case currently, because of the pandemic.

The government is yet to pass the law, which the omnibus group described as resorting to a “draconian Chinese measure”.

Gonsalves has further said that the country will have carnival this year, if, by May, a certain number of persons have been vaccinated.

The prime minister has also suggested that teachers should take the jab before they return to the classroom.  Minister of Education, Curtis King, responding to an opposition question, told parliament last week that the vaccine is not mandatory.

Speaking at Wednesday’s press conference, Friday said that the COVID-19 situation in St. Vincent and the Grenadines is worse than it was any time last year.

“Despite the downplaying of the situation by members of the government, we must all know that the situation is still very bad and may not get much better anytime soon,” he said.

The opposition leader said that citizens must continue to do the things that make them safe, including wearing face masks in public, physical distancing, the frequent washing of hands and cough etiquette.

“The best medical and scientific advice is to use vaccination to combat COVID 19.  This is the safest and fastest way to get back to a functional society and economy,” the opposition leader said.

He said that in other parts of the world, especially Europe, the United States and Canada, the pace of vaccination has accelerated.

“Those countries are looking to open their economies and societies sooner rather than later, despite recent setbacks,” he said.

Friday acknowledged that some people have concerns about the vaccines and some of these concerns are reasonable and some “based on unfounded theories and disinformation.

“We must take the matter seriously and inform ourselves about vaccination from reputable and knowledgeable sources.

“Ask those people here who have been vaccinated about the process and how they came to decide to be vaccinated. Then, hopefully, you will feel sufficiently informed and comfortable enough to be vaccinated. We need to do it to get our lives back and to get tourism back.”

He said that this year, people from SVG’s tourism source markets will be vaccinated, adding that people want to travel and, hopefully, SVG’s can have a tourism boom from this pent up demand.

“But, that said, no one should threaten you about vaccination.

He said he believes that proper information and the experience of those vaccinated in SVG “will lead most people, hopefully, sooner rather than later, to vaccinate.

“No one should make offers that seem to be more political than based on public health concerns.”

The opposition leader spoke of “the offer, or threat” by the government to van drivers that if they take the vaccine, they can carry more passengers.

He said that this does not appear to be based on public health requirements.

“What sense does this make if it is not grounded in the science of what is safe in the vans?” Friday said.

He said there was further “enticement” to young people that if they become vaccinated, they might have carnival this year.

“For me, this is trivialising the important decision that people have to make to become vaccinated.

“It also fails to recognise the effort and planning it takes to hold carnival, and it does not appreciate the difficulties and feelings of those people directly involved with the various components of Carnival…

“To reduce it simply as an enticement to the young people to take the vaccine is not sending the serious and consistent message that needs to be sent.”