Unions, gov’t to meet over ‘vax or test’ policy 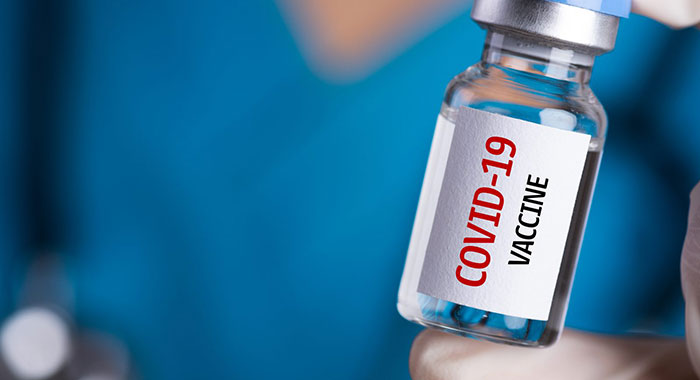 The number of people vaccinated against the COVID-19 virus locally would determine the scale of Vincy Mas 2022.

The three main unions representing public sector workers in St. Vincent and the Grenadines (SVG) are expected to meet with Prime Minister Ralph Gonsalves today (Tuesday), in respect of their objection to the government’s COVID-19 vaccination or test policy.

The Public Service Union, the St. Vincent and the Grenadines Teachers Union (SVGTU), and the Police Welfare Association (PWA), at a joint press conference on Saturday, stated their membership’s objection to the policy.

At the same press briefing, the unions’ legal counsel outlined individual’s rights to refuse to take the vaccine and the legal hurdles that the government could face in implementing the proposed policy.

Brenton Smith, chairman of the PWA, told the media that his members are aware of the government’s need to respond to the challenges of the coronavirus pandemic and to adjust the health situation in SVG.

“However, we are of the view that the policy set out by the government is arbitrary and needs dialogue,” Smith said.

He said that over 80% of police officers from the rank of constable to inspector do not support of government’s vax or test policy and that the PWA will continue to educate its members.

PSU president, Elroy Boucher, said that the government’s policy is not among the protocols set out by the World Health Organization, the Pan-American Health Organisation, or even local health authorities.

“And in those protocols, there is not one mention of rigorous testing every two weeks,” Boucher said.

He further stated that the PSU estimates that over 95% of the Public Service is against this policy.

Meanwhile, Oswald Robinson, president of the SVGTU, told the briefing that the union’s constitution mandates its leadership to defend all fundamental rights and freedom that have universal acceptance, and to work towards the removal of injustices and inequalities in the society.

“The teachers of St. Vincent Grenadines made the decision that under no circumstances, they will subject themselves to any mandatory testing or vaccination,” Robinson said, referring to the outcome of a union meeting last Tuesday March 30.

In an April 1 letter to Philip Bailey, general secretary of the PSU, Deputy Prime minister Montgomery Daniel, who was then acting prime minister, reiterated the official policy position of the government” on the issue of vaccination.

“I wish to advise that, while vaccination is strongly recommended, it is not mandatory for public sector workers. However, in order to safeguard the health and safety of all persons in the workplace, it is a requirement that workers who have not received at least one dose of an approved COVID-19 vaccine to be tested on a regular basis for COVID-19 infection, up to one every two weeks, based on the relative level of risks as determined by health authorities.”

According to a Cabinet memo sent to senior public servants and Attorney General Jaundy Martin, public sector workers who have taken an approved COVID-19 vaccine have until Wednesday, April 7, to submit proof of this to their respective ministries, departments, or agencies.

Further, government employees who have not taken the COVID-19 jab are required to be tested regularly for the novel coronavirus.

The test could be conducted up to once every two weeks, “based on risk levels and determined by the health authorities the memo said.

Boucher told Saturday’s briefing that the PSU recognises that “significant dislocation” has resulted from the pandemic, and that the government has a responsibility to protect all Vincentians.

“However, any such response must be reasonable, must be rational and not arbitrary and must take into consideration our God-given, inalienable rights,” he said.

He noted that the WHO guidelines for safeguarding the health and safety of all persons.

These guidelines include physical distancing, the wearing of face masks, keeping rooms well ventilated, avoiding crowds, cleaning one’s hands, and coughing in the crook of one’s arm or a tissue.

“Public servants have been rigorously following protocols and by following these protocols, it has enabled them to stay safe,” Boucher said.

He added that there have not been any COVID-19 clusters at any government ministry or department since public servants returned to their regular work schedule on March 17, after a period of rotation.

He said that the PSU believes that the government’s vax or test policy “is objectionable, it’s unreasonable and irrational, … [and] infringes on our fundamental rights and freedom.”

‘does not critically address the matter at hand’

Meanwhile, Smith said that his presence at the press conference was “on a matter of principle”.

“We believe that whilst it is necessary that all are safe, such policy must not, infringe on the basic human rights of workers to be forced to either get vaccinated or to be tested every two weeks. This policy fails to take the interest of the workers into consideration.”

He said that because of the “uncertainty of the vaccine”, some police officers have indicated that they were advised by their physicians not to take the vaccine based on their present medical condition.

“It is our view that this is a matter of choice and I am urging all police officers to do their own research or seek further advice from their medical practitioners and following such they will be able to make an informed decision of whether they want to be vaccinated or not,” the PWA leader said.

“On the issue of testing, we are of the opinion that the government policy is unreasonable and does not critically address the matter at hand. Persons should be allowed the choice to be tested whenever they feel they are exposed or to check their own health status,” Smith said.

‘a clear and straight message’

“Our membership took a decision that they are not prepared to subject themselves to any mandatory testing and vaccination. We had a lengthy discussion, and it was clear that if an individual wishes to be tested or to get vaccinated, that is his or her choice; that’s your rights. As a matter of fact, our membership is quite ready to take any necessary action within the confines of the law and based on trade union activities and function to send a clear and straight message to the authorities that we stand hand in hand as we move forward in defending our freedom of conscience; freedom to hold ideas and to express them,” he said.

7 replies on “Unions, gov’t to meet over ‘vax or test’ policy”