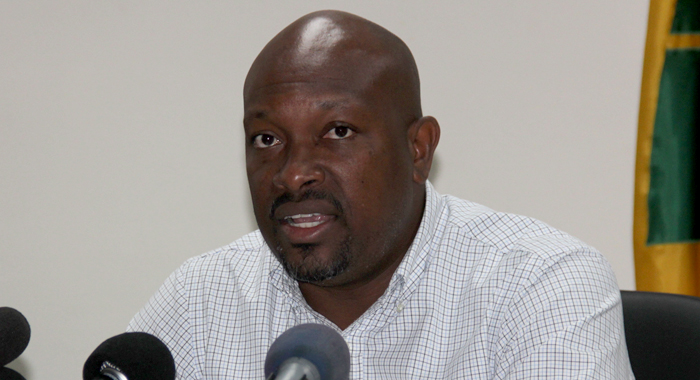 The government will, today (Monday), resume the “Love Box” initiative, a programme that coincided with the campaign for the November 2020 general elections.

This time, the government is giving the “Love Boxes” of food to persons who have been affected by the ongoing eruption of La Soufriere.

“We started the programme on Thursday and there are many farmers who have brought in goods. We have allocated to purchase half a million dollars’ worth of goods thus far,” Minister of Agriculture, Saboto Caesar, told Searchlight newspaper on Saturday.

The minister was speaking during a Facebook live interview as Prime Minister Ralph Gonsalves led a tour of the northeast of the country to see the impact of the volcanic eruption.

“There are still some persons who had existing contracts with persons locally and also with persons in the region,” Caesar said.

“We are having a discussion with them because at the end of the day, we want to ensure that food security, or food security at home is dealt with first and foremost.”

He said that outside of the volcano Red Zone, there is still “good commodity stock and the quality is also good.

“There are persons, a lot of farmers, however, are contributing to the shelters, so they don’t want to sell,” he said.

“But there are some persons who are willing to sell because of the large quantities they have, so we are working with them and the programme, the Love Box programme, is going to be starting back on Monday.”

He said that the programme will operate from Monday to Thursday.

“So the farmers will bring them, we purchase, the farmer would leave with a receipt and will take that to the Treasury, we are paying one week after so that we can do the processing and as soon as they are delivered, they are put in boxes, taken to the centres and are also taken to families who are vulnerable.”

“The good things about this programme, I would say to you, for those farmers who would have difficulties making a living, who may have some produce, they will make a living because the state would buy. And persons who don’t have food, we will provide that food for them free.”

The Love Boxes will include fruits, vegetables, root crops, as well non-perishable items from the supermarket.

“So they get a good 40-50 pound box for people and those would be… especially for those who have not come out of areas of the Orange Zone and other areas further south, persons who have taken in people into their families and so on who need support, plus naturally, whatever food that NEMO, the National Emergency Management Organization provides.”

And, the agriculture minister told the press that 100% of agriculture in Red Zone is lost, about 75% in the orange, but the availability of commodities increase in the Green Zone

“So, basically, we are working with about 4 or 5,000 farmers still, out of the registered 8,000 farmers we have in the country, but persons have to do more washing of these commodities and water is an issue. So it is going to, basically, slow down everything.”

The eruption of the volcano on April 9 resulted in the contamination of the water supply to households, which, though largely restored, is being rationed.

Caesar said there was not yet any dollar value on the damage done to the agriculture sector.

“We have not gotten to that stage of doing the damage assessment.”

Gonsalves said it is for this reason that he has been speaking in terms of “assets at risk”.

“You would have broad numbers as to what assets would be at risk, but the actual value in terms of economic loss and the rest of it, we will be going those numbers as time goes by,” the prime minister said.