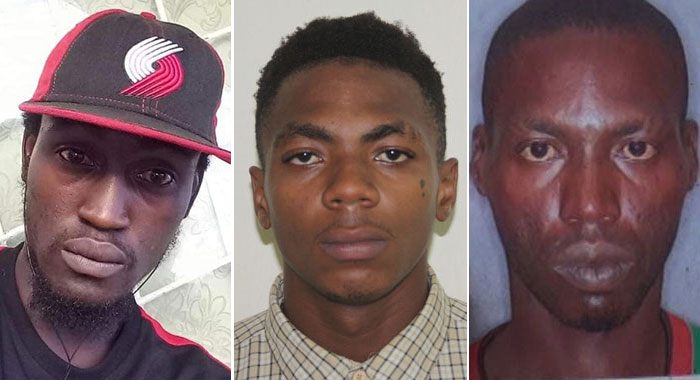 Police are investigating the fifth shooting death this month, the 12th for this year.

The latest homicide victim is Shane Cabral, a 24-year-old labourer, of Glen, the third resident of that community to be killed there this month.

Cabral was killed around 9:06 p.m. on Wednesday.

Police said that their preliminary investigations revealed that Cabral was in an area of Glen when two unknown masked gunmen approached him and shot him multiple times.

Officers stationed at the Calliaqua Police Station were informed and they visited the scene.

Upon arrival, the officers met Cabral motionless and unresponsive with what appeared to be gunshot wounds about his body.

Cabral’s genitals were exposed, as his clothes seemed to have been pulled down to his knees.

The district medical officer (DMO) was summoned and he pronounced Cabral dead at the scene.

The motive surrounding the shooting incident is unknown at the moment, police said.

Cabral’s death came four days after that of Cleforin Wyllie, a 45-year-old farmer, of Carriere.

Police said that some unknown person shot Wyllie about the body in Carriere on April 16.

And, on April 14, Mandreca Solomon, 28, a labourer, of Barrouallie, became the country’s 10th homicide victim for the year when he was shot and killed about 10:20 p.m. at Glebe Hill, Barrouallie, on April 14.

Solomon died after being shot in the shoulder.

On April 16, police arrested and charged Leroy Cuffy, 30, a labourer, of Barrouallie, with Solomon’s murder.

Meanwhile, Dale Hooper, 19, a labourer, of Glen, was shot and killed in his community about 9 p.m. on April 9.

Hooper was awaiting trial on a number of charges, including robbery and abduction.

The four men were charged that on April 18, 2018, they entered the dwelling house of a 70-year-old retired businessman, of Ratho Mill, and stole a quantity of items value, EC$2394.

Hooper was charged with the offence of robbery and threats in connection with a crime at Ratho Mill around 2 a.m. on the July 12, 2018.

Police were alleging that Hooper, armed with a gun, robbed a 25-year-old security guard of a half pack of Empire cigarettes, valued EC$2.50, one white LG cellular phone, value EC$700 and one leather wallet, value unknown, and at the time of doing so, put him in fear of being subjected to force by pointing the gun at him.

Hooper was also charged with threatening to discharge a loaded firearm at the virtual complainant.

In 2018, Hooper, Oliver, and Timothy Nickie, a 17-year-old labourer, of Glen, were charged with the abduction of four women, at Villa, on Aug. 17 that year.

Hooper’s death followed the April 3, shooting death of Keon Scott, a 45-year-old labourer, of Glen, in his community around 3:50 p.m.

Polie have not said if they suspect any links between the killings.

All information will be treated confidentially, police said.