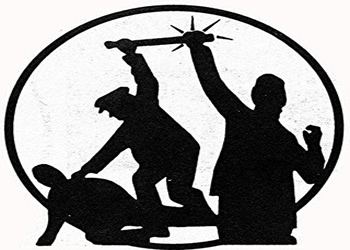 George Floyd’s death in the United States saw expressions of outrage from many around the world, including the Vincentian population. There were celebrations, and rightly so, when Derek Chauvin was convicted of killing Floyd. We now await sentencing to close that chapter in this book.

About ago months ago I saw a video where an elderly woman of unsound mind was slapped to the ground in Union Island. She was never arrested or taken to the hospital but, rather, left on the ground. We were outraged when we saw that video. Complaints were made, the officers transferred to another district, and everyone went back to their regular programme.

There was once a time in our country when police brutality was the norm. Although not totally eradicated from the Royal St. Vincent and the Grenadines Police Force (RSVGPF), we heard about and saw less incidences of it. You got the feeling that the force was heading in the right direction. That’s what I thought! There is, however, it seems, still a section of the RSVGPF that still believes in beating grown men and women whom they took a sworn oath to protect.

Union Island is a very small community where, currently, unemployment exceeds the national averages. Our high dependence on tourism has left many people unemployed and frustrated. I have been hungry and frustrated before and I know what that can do to good, right-thinking people. What we don’t need added to this equation is police officers coming to the island, disrespecting, threatening, assaulting, humiliating and having total disregard for our legal and human rights.

What got me to write this article and take this matter public is because the Police Complaints Department is a total joke. They rarely respond to complaints and more often than not, nothing is done.

Police and Public Relations were on the right path on the island. Sargent Billy started the Police Youth Club, working with the young people in the community as they tackled several community projects. There were issues, but you did not get a feeling that your rights would be violated. The police did investigative work; arrested and brought cases against persons. As I stated before, there were instances of bias but you felt that you were being protected and served.

Then came the “GANSTER” Black Squad thugs who constantly harass, demean beat and threaten people. I have witnessed first hand how they operate. The only way you can distinguish them from criminals is that they legally carry guns, a badge and drives around in a government-owned vehicle.

The police-community relationship is at an all-time low on the island. They sit on the wharf every day, searching people’s personal belongings after a five-hour trip from the mainland. Oh Union Island is the only place in the state of SVG where you disembark a passenger ferry and the police line you up to have your bags searched. EVERY FERRY!!!!

The real reason I decided to write this article is after hearing the cries of a young man being beaten at the Union Island police station for more than 10 minutes. He didn’t even get to set a foot in the building before a corporal landed the first blow. That was the invitation that the Gangster Squad was waiting for to join in the licks party. Even the constable at the front desk was seen rubbing his hand and smiling as he relished the opportunity to pass licks.

What was even more disturbing was that the station is on a busy street and the officers seemed not to have cared whether the public was aware that they were beating a prisoner.

After the incident, the young man told me that it was a corporal who came to his rescue and reminded the thugs beating him that they were police officers. To compound the situation I attempted to visit the young man the following day and to take food for him, when he shouted from his cell that he was bleeding from his mouth and ear but was denied medical attention. A corporal denied knowledge of any beating of the prisoner but denied access to anyone who wanted to visit him and ignored his cries for medical attention.

The young man was later transferred to St Vincent. He spent almost 72 hours in police custody without a charge and was released Monday afternoon only after a lawyer was sent to assist him.

That showed me that the problem of police brutality is deeper than I thought because there was an opportunity to correct the wrong and that was not done.

The people of Union Island have survived under difficult situations and we continue to do so. There was a volcanic eruption in 1979 and 2021, I don’t need to remind you of what took place here on Union Island in 1979. How much longer do you think the people would subject themselves to this inhumane treatment?

Stop this nonsense now! The police have a job to do and they must do it properly. They must also protect and serve.