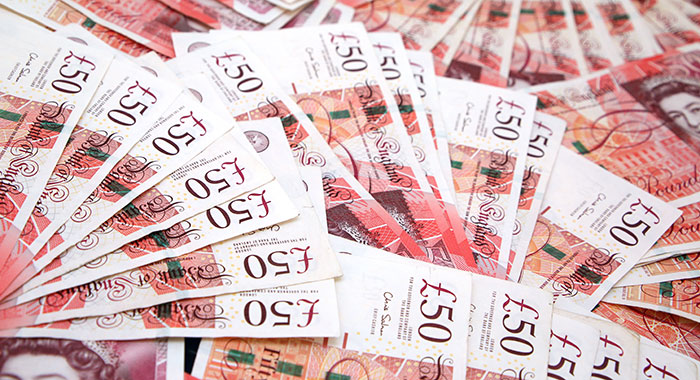 The United Kingdom has announced a further 550,000 pounds sterling, (US$695,000) to the volcano relief efforts in St. Vincent and the Grenadines.

This takes London’s contribution to over 800,000 pounds sterling (US$1 million) since the eruption began on April 9 and will be delivered via the World Food Programme (WFP).

The additional money comes amidst criticism of the United Kingdom after it initially gave 200,000 pounds sterling (US$278,000) to the Caribbean Disaster Emergency Management Agency (CDEMA), which enabled the immediate mobilisation of regional support teams and urgent supplies for the initial relief effort.

With the latest amount, the UK will help provide food, water and other essentials, following the volcanic eruption.

Funding will help families meet their essential needs for three months and the contribution will go to World Food Programme, in response to UN appeal, a press release said.

The UK will give further support to provide food, clean water and other essential items, for an estimated 13,000 people affected by the eruption.

These funds will deliver urgent cash and voucher assistance to help families displaced by the volcano meet their immediate nutrition, hygiene and other essential needs for three months.

Some 17,400 persons have been displaced as a result of the ongoing eruption, which has seen  4,400 persons moving into government operated emergency shelters, while a further 11,500 are staying in private homes.

Prior to the explosive eruption, the UK also provided 51,000 pounds sterling (US$70,000) for aerial helicopter surveillance and equipment installations to help analyse changes in the volcano and boost early warning for a timely evacuation.

Lord Tariq Ahmad of Wimbledon, minister of state at the Foreign, Commonwealth and Development Office, said:

“We stand united with the people of the St. Vincent and Grenadines at this difficult time. We have all been tremendously moved by the scenes of devastation and human misery that this volcano has wrought. I am pleased that the UK stepped up to provide vital support to the CDEMA regional response within 24 hours of the first eruption. This further support will provide urgent assistance to those most affected by the impact of volcano, including those currently displaced and living in shelters.”

Alongside this emergency support, the UK has an ongoing programme of development assistance to SVG totalling over 40 million pounds sterling, (approximately US$55.5 million).

A press release said this will make a critical contribution to the country’s longer-term recovery from the eruption and includes:

Funding for critical infrastructure projects such as the new cargo port facilities and access roads near the existing Kingstown Harbour.

Upgrading of health care facilities across the island — retrofitted to be safer, greener and better able to withstand the impacts of future disasters.

Supporting the sustainable energy sector in St Vincent and the Grenadines through investments in renewable energy and energy efficiency.

Providing training opportunities for the nation’s youth through our Skills for Youth Employment programme.

The release further said that the UK also continues to support St Vincent and the Grenadines and the wider Caribbean region in responding to the COVID-19 pandemic.

In additional to its bilateral support, the UK is also supporting the international response in SVG.

The UK is a major donor and longstanding contributor to the UN Central Emergency Response Fund (CERF), which has so far allocated US$1 million to SVG in response to the eruptions.

This will be used for water, sanitation and hygiene, alongside supporting livelihoods.

The UK is a donor to the International Federation of the Red Cross Disaster Relief Emergency Fund (DREF), which has allocated funding of some US$290,000 to the Red Cross response.

This will go towards water and sanitation, livelihoods support and shelter.

The UK is the largest financial contributor to the World Bank’s International Development Association (IDA) facility.

The UK was a founder member of the Caribbean Catastrophic Risk Insurance Facility (CCRIF), which has provided a US$2.2 million grant for ongoing relief and recovery efforts.