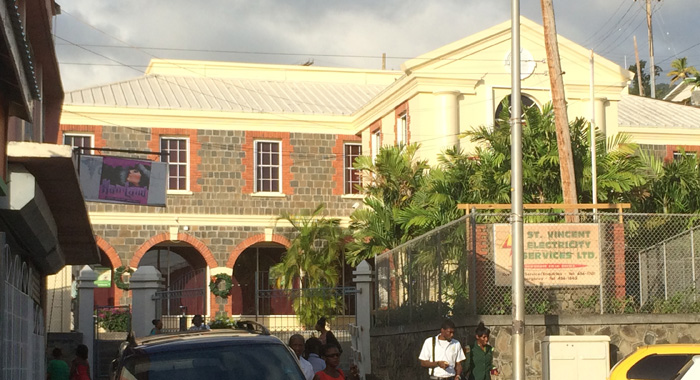 Prime Minister Ralph Gonsalves has criticised the state-owned electricity company over its handling of public relations surrounding the issuing of estimated electricity bills, or bills for longer periods.

“This is a case where a lot of angst could have been avoided in my view,” the prime minister said, on the state-owned NBC Radio, on Friday, adding that the issue could have been dealt with sooner.

“It’s true that a press release came out, but the press release, unless you read it very carefully, you could always misinterpret. As I understand it, and VINLEC would talk about it, several of the bills are higher, because the billing period was longer. Because when they went to check the meters, they couldn’t go,” Gonsalves said.

On Friday, VINLEC held a press conference indicating that some customers had received higher electricity bills because the eruption of La Soufriere on April 9 had affected the reading of their meters.

Therefore, some customers were billed for up to 40 days of consumption, up to 10 days more than usual, while others received estimated bills, based on the average daily consumption over the previous three months.

The company further said that customers’ bills would be regularised this month, when their meter is actually read, and any excess charge would be credited to their accounts.

But Gonsalves said that VINLEC, though it had issued a press release on Thursday, did not clearly explain the situation to its customers.

“But that could have been explained in a very easy manner, in a differently-worded press release, I am submitting. I may be wrong, but I am giving my view.

“Differently worded in a press release stating the plain facts in point form, saying that for some persons, their bill may appear larger, the reasons for this is because it’s not 30 days or 31 days, it’s 42 days or whatever it is, so it’s an estimate and if it’s up or down, it will be sorted out over the period of time…” the prime minister said.

“I don’t think the release was customer friendly, lemme put me mouth very firm on that, because a sensible person read it, I heard about it and I asked Thornley [Myers, chief executive officer of VINLEC] and Thornley explained to me and I said, ‘Fine.’

“And a sensible person had it on their phone and I saw it and he had a different reading and understanding. He thought that it was saying that something was wrong with the meters them and the meter gave wrong reading,” the prime minister said of the press release.

He said that further to the press release being presented more clearly, a VINLEC representative could have gone on radio to explain the situation.

“We have enough persons. Thornley didn’t have to do it but we have enough people inside there and people are paid to do these things. That’s my view eh,” Gonsalves said.

“I am not beating up on anybody. I am just saying it that we have, especially in times like these, we have to always think of the angst, the anxieties, which are in people and should’ve made absolutely clear also that look, in the Red Zone, and I would say there are areas in the Orange Zone which are badly affected that this is how we are treating people in those particular zones,” the prime minister said, referring to the suspension of electricity bills in the Red Zone.