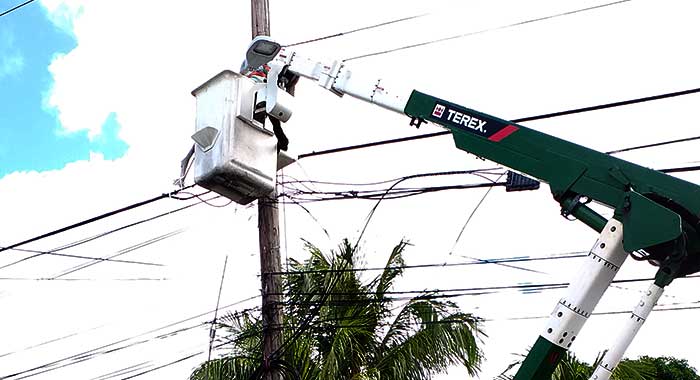 Yesterday, Tuesday, May 25, marked 90 years of electricity supply in St. Vincent and the Grenadines.

On May 25, 1931, the first electric lights in Kingstown began to shine when power was switched on for the first time.

The turning on of the lights followed a series of events that commenced in 1930 by the Electrical Department and the Colonial government to bring electricity to the country.

The construction of the network to deliver power began on March 22, 1930 and on May 20, 1931, the Legislative Council issued the Notice of Electrification.

According to record of the events, in the initial phase, power was provided to 32 customers during the night.

In 1937, all day electricity service was made available to 478 customers.

The supply of power across the country expanded gradually over time with the construction and commissioning of the South Rivers and Richmond hydro stations and later the Cane Hall and Cumberland power stations.

In 1971, the government acquired 49% of the shares of VINLEC from the Commonwealth Development Corporation and became sole shareholder in 1985.

VINLEC owns and operates nine power plants across the country.

The company’s diesel power stations are located at Cane Hall, Lowmans Bay, Bequia, Union Island, Canouan and Mayreau, while the hydro plants are located at Cumberland, Richmond and South Rivers.

While public electricity was first supplied in 1931, VINLEC was registered 60 years ago.

On Nov. 27, VINLEC will celebrate 60 years as a corporate entity.

Since 1931, electricity has been a driving force in the socioeconomic development of the country.

Today, VINLEC has 42,141 domestic accounts and 4,864 commercial and industrial accounts.

VINLEC mission – To deliver an electricity supply service of the best quality and value to all customers; to satisfy the interest of shareholders and employees; to support sustainable development and contribute towards a high quality of life for our people.

2 replies on “90 years of electricity supply in St. Vincent”