PM, neo-colonialism very much at play on Mustique 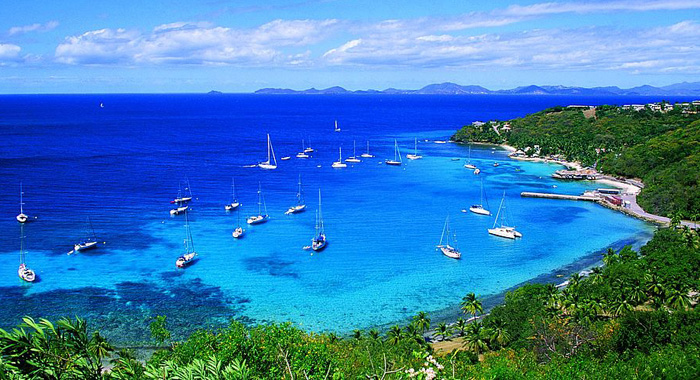 It is with grave concern for the sovereignty of our nation, the pride of our people and the future generations that I am writing this letter to you.

This letter seeks to highlight concerns of Vincentians living and working on Mustique Island. While there are some who have the delusional view that the well being of persons employed by the Mustique Company is paramount on the agenda of those in charge on the island, this is far from reality.

The poor living conditions on the island for the majority of the staff who are housed in Grand Bay on the island, wages that do not, at times, compare to top tier companies with similar roles and that remain in a state of stagnation for years on end. How does your government intend to address these situations, sir?

We have competent, qualified local personnel being overlooked for senior management positions in favour of expats who then come here, reap huge salaries and leave or remain as millionaires in a few years of their tenure. The positions for senior managers are only advertised locally after the managing director and the senior team and/or board have earmarked and brought in an expat to fill the role. I most assuredly remember you stating a local should be a part of the senior management team on the island. How do you justify this, dear sir? There are local managers in the company who are not respected in their roles as they ought to be by senior managers who barely understand the operations they undertake. Local managers who are not even offered half or even a quarter of the benefits that are given to senior managers even though they do all the work in building their teams and propelling the productivity and efficiency that is necessary for growth and continuity coupled with satisfying the homeowners and elite guests that frequent the island. How do you intend to adjust this less than equitable position.

Individuals are dismissed for situations that warrant warnings, while others get off with a slap on the wrist for offenses that warrant termination because they’re “lap dogs” for senior managers. The island seems to have its own sovereignty, even though you are prime minister.

Persons are denied leave and assistance for medical purposes because of the length of employment and on the grounds of ineffective and poor team performance in their absence by senior managers who believe they come here and have ultimate power in our homeland. Threats are made and ultimatums given to persons who question this sort of decision or action by senior managers who are expats with privileges that middle managers should be afforded but are not. These expats are allowed to have their families live and visit the island even during the high season, pandemic season and natural disaster season, while local middle managers are outright denied this right.

I would suggest, kind sir, that you have a chargé d’affaires on the island that overlooks what happens on the island. Someone who sits in on meetings, to ensure the rights of Vincentians in the company and the interest of our nation is safeguarded. If you take a close look at this island, you would recognise that even though colonialism is gone, neo-colonialism is very much at play. The newest addition to the senior management team is one to pay close attention to, his threatening ways and micro management of the people under him will not be stood for by already complaining managers. He has been pushing managers to the point of given them ultimatums as if trying to force them through the door. He lacks empathy even though he presents a facade of concern.

I believe that you are the champion of the poor and disenfranchised in this nation. So please, sir, look closely into the affairs of this island, before it becomes a talking point on international fora and we become a spectacle to the world in a negative way.

If you need to verify the contents of this letter, speak with the staff living on the island who are from the mainland, speak with the house managers, both local and expats, and the middle managers and supervisors. There is unrest brewing on the island, you need to address this ticking time bomb. Forced policies that impede a person’s freedom of speech and constitutional rights push us closer to the edge. I can assure you that persons no longer are looking to be bought for “30 pieces of silver”.

4 replies on “PM, neo-colonialism very much at play on Mustique”