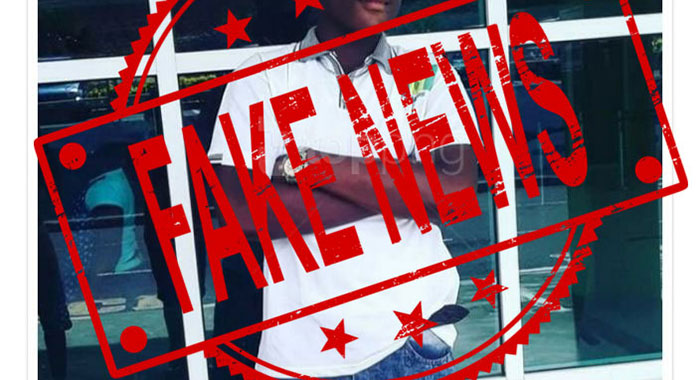 iWitness News wishes to distance itself from a version of the attached image (without the “FAKE NEWS” stamp), which we understand is being circulated via WhatsApp and other direct messaging services.

This image did not originate with iWitness News, neither did we consent to nor were aware that it was being produced. It is our understanding that the young man in the image is alive and well, contrary to what the image claims.

The production of such images is malicious and distressing to the people that they target as well as their loved one. Further, they are injurious to the reputation and credibility of iWitness News, which strives to be true to the tenets of journalism.

In some instances, the production of such malicious and false images could expose iWitness News to legal consequences that can result in lost time and resources as we try to clear our name.

We urge members of the public to desist from using the logo of iWitness News or any media entity in the creation of these blatantly false images.