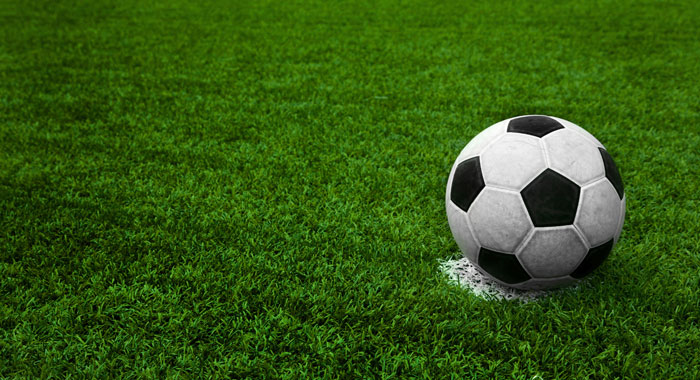 St. Vincent and the Grenadines national teams need to improve professionally, psychologically and physically. This doesn’t just relate to players but to technical staffs and executive members. As the saying goes “a fish rots from the head down”, we need to make changes starting with the executive members. These selected national players are ambassadors and they are contributing their skills and working hard to make a name for this country. These players are humans; they are not perfect. They need the help of the football federation.

For many years players have been selected because of some sort of friendship between the coaches or executive members and/or because of the club team they represent. National team coaches select a team with a fairly-strong starting 11 and the substitutes are nowhere up to the norms of the starters; a replacement by a substitute drastically reduces the team playing speed and tactics. We need to start selecting players for their talent and not favouritism. Coaches and executive members hold grudges against players; not providing players with things they need such as MRI scans, CAT scans, equipment, surgeries etc.

There are players who doctors have said should do scans and the football federation refuses to invest and take care of the players. Club coaches pay for players scans from injuries they obtained while training/playing for a national team and when theses club coaches ask the federation to reimburse, they often refuse. Players ask for equipment such as shoes etc., some executive members reply, “This is not national training time, it’s club training let your club buy you those things”.  The federation will only provide equipment to the players when it’s around competition period and only to the players they are close to.

The clubs are the foundation for these players but national coaches are insisting that players only train with the national team and not their club team. The SVGFF hasn’t scheduled any female club competition in the past two years. The football federation need to provide more support to the clubs, not just scheduling tournament but giving equipment and sending national coaches to assist club coaches. They need to make a coaching plan, starting with the grassroots to the seniors so at each stage coaches are doing specific training. Players should not be at a national training where coaches are teaching other players how to control or learn the game.

Since 2015, national players have taken an interest in colleges in the states to obtain their degrees and/or play soccer professionally. Currently there are 20 or so players who have obtained either their associate or bachelor’s degree from an accredited college in United States while playing soccer. I have played with the national teams for seven years and in 2017 I was given a partial scholarship to play soccer and the SVGFF refused to help me and I came back and played for the SVG Women’s National Team in 2018 and 2019. This kind hearted Lucian lady I’ve never met face-to-face helped pay for my studies and other fees. I was awarded a soccer scholarship after I finished junior college and I had to decline the offer because I got injured on national duties in St. Lucia at WIFA 2019. Since then, I have taken a break from college and now I am seeking my bachelor’s degree and just like before I ask the SVGFF for help and they refused. When players asked for the SVGFF support with their studies, an executive member of the SVGFF said, “It makes no sense players go to college in the States.” Eighteen players are currently in the states either working or finishing their bachelor’s/master’s degrees. If the SVGFF invest in those players in colleges, they will have players with a broader knowledge of the sport and, therefore, the national teams’ overall performance will improve.

Football in SVG is one of the most-loved sport and yet I see no real development. It seems like the executive members are not passionate or dedicated to the development of football in SVG. If this bias and prejudice doesn’t stop, we will be the punching bag for other national teams. There needs to be a change in the way we view football in this country, it may be an investment for clubs and companies but for some players it is a career or a way to express ourselves. We, as football players, need to keep the SVGFF accountable for their actions; they need to show more interest and care for the football players in SVG whether it’s club or national players. We are human, we are investments. Players has suffered long enough; we need change, we need it now!