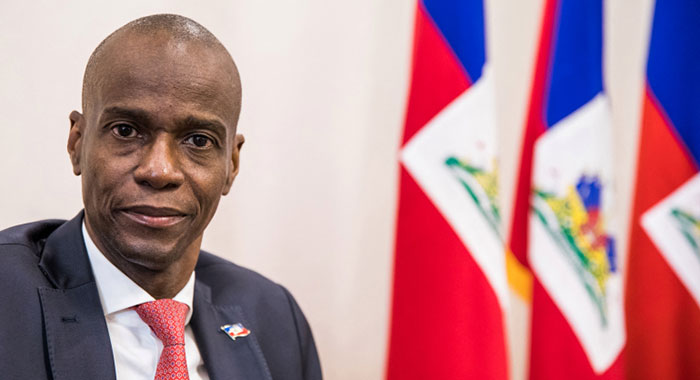 Prime Minister Ralph Gonsalves, on Wednesday, condemned the assassination of President of Haiti Jovenel Moïse, who was killed at his private resident in Port-au-Prince around 1 a.m. that day.

“It is with profound sadness that the government and people of Saint Vincent and the Grenadines learnt of the assassination of Jovenel Moïse of the Republic of Haiti, a member-state of our Caribbean Community (CARICOM),” Gonsalves said in a press statement.

He described the assassination as a “senseless and cowardly act of unbridled violence” that has shocked and outraged many throughout CARICOM and the world.

“In our Caribbean Community we settle political differences peacefully through democratic institutions; we do not use violence and thuggery which undermine democracy and the rule of law,” the prime minister said.

“The Government of Saint Vincent and the Grenadines condemns this abhorrent act and calls upon the relevant authorities in the sister CARICOM State to ensure that the matter is promptly investigated and that those responsible are brought to justice.

“On behalf of the government and people of Saint Vincent and the Grenadines and on my own behalf, I convey sincere condolences to the family and friends of President Moïse and to the people of Haiti.

“I pray that God grants them all strength at this immensely difficult time. The government and people of St. Vincent and the Grenadines stand in solidarity with the people of Haiti in their grief.”

Gonsalves said that the Government of SVG reaffirms its commitment to ensuring that the Caribbean region remains a zone of peace and call for calm in the Republic of Haiti.

“The people of Haiti are urged to refrain from vigilante justice and retaliatory aggression that can compromise the constitutional order in the Republic of Haiti.”

Meanwhile, the member-states of CARICOM, in a show of solidarity for the people of Haiti, are flying their national flags and the CARICOM Standard at half-mast for three days from Wednesday, and will also do so on the day of the funeral.

One reply on “Gonsalves condemns assassination of Haiti president”