Seven reasons to join the protest 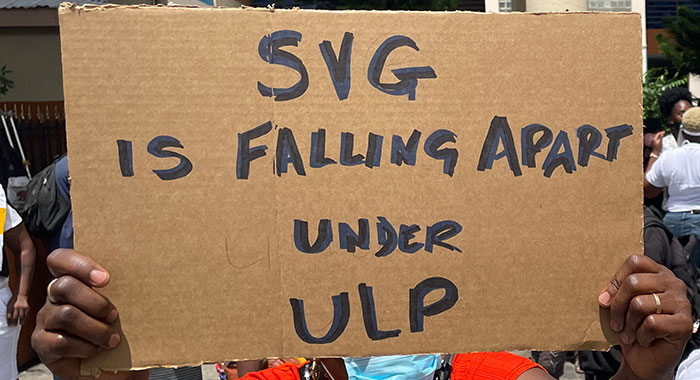 Protests, by nature, are not supposed to be orderly. At all times though, protests are, preferably, to be peaceful.

Dr. Friday said it best on Tuesday: the presence of the police should be to protect both the state and the protesters.

When one looked at what transpired on Tuesday, it is fair to conclude that some of the officers missed that point.

Honestly, I have long concluded that ULP needs to leave office. It is also the view of most Vincentians who voted in the last general elections.

The ULP definitely doesn’t have the moral authority to continue to govern. They can present whatever constitutional argument they wish. It is their words against them as uttered and strongly argued after the 1998 General Elections.

Let it be known that Kenrick Quashie supports the protest. Kenrick Quashie believes that the people of SVG should protest until general elections are called. He says so because under this current administration:

I can give many more reasons. I don’t even want to start on the political dynasty that is being created before our eyes as if SVG is the plantation/property of a certain set of people. Those are my top 7. Seven is a perfect number!

Go out and protest! Only a change of administration will change the trajectory SVG is on. Demand fresh elections! Demand that additional charges be brought against those charged.

Stand firm! Don’t let the police intimate you! Protest and don’t infringe upon other people’s rights!