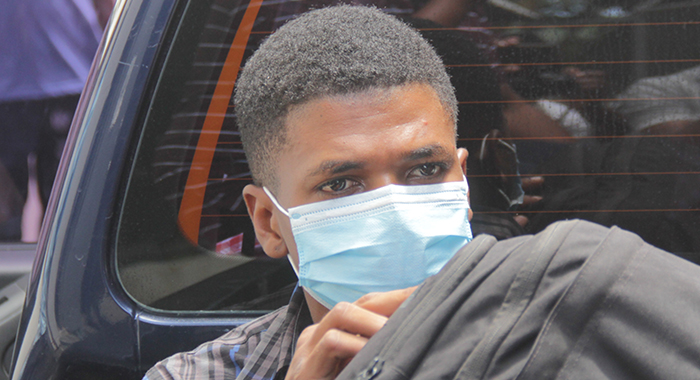 Zackrie Latham, 25, the former police officer charged with a number of offences in connection with the alleged disappearance of firearms and ammunition from the Georgetown Police Station has been granted EC$80,000 bail, with one surety.

On Thursday, Chief Magistrate Rechanne Browne also ordered Latham to surrender his travel documents, and that stop notices be posted, preventing him from leaving the country without the permission of the court.

The New Grounds resident is to report to the Colonarie Police Station on Mondays and Thursdays between 6 a.m. and 6 p.m.

Browne had initially set bail at EC$100,000 but reduced it after hearing a submission by Latham’s lawyer, Grant Connell, who said that Latham was unable to post bail in that amount.

Latham was granted bail after the prosecution withdrew its objection to his bail, as had been done when Latham was arraigned on June 21 and again on during his bail review on July 1.

The chief magistrate told prosecutor Police Sergeant Renrick Cato that the court would not have entertained an objection to bail, if one were made.

Latham, along with Avi King, 26, a labourer, of Diamonds and Meshach Dublin, aka 26, “Shane” and “3D”, an unemployed Diamonds resident, are facing various charges relating to the firearms and ammunition.

King will reappear in court on Tuesday, as the court has asked a lawyer to act on his behalf.

Browne intervened to ask a lawyer to act on King’s behalf after Prosecutor Renrick Cato had asked that two of the charges be put to the defendant again.

The sentencing is scheduled for Thursday, July 15.

Meanwhile, the chief magistrate has transferred Latham’s trial to the Colonarie Magistrate’s Court, saying that there are guilty pleas in the case, and, in the interest of justice, it is better that the matter be transferred