SVG politics and its weird bedfellows 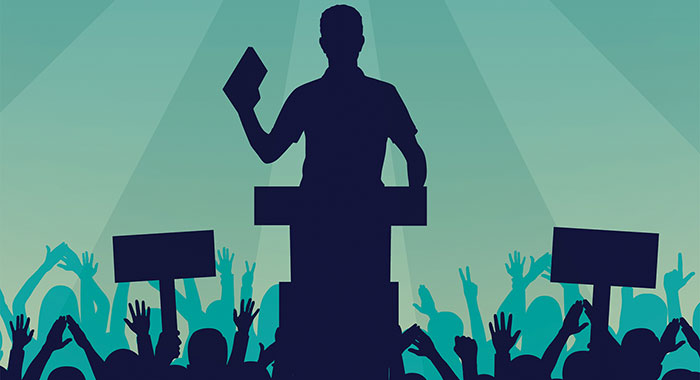 Unfortunately for both, they cannot convince Vincentians with their illogical gibberish, so they rely on conspiracy theories, false statements and politically charged commentary to rile up people who were recently traumatised by a volcanic eruption on top of dengue and COVID outbreaks.

Jomo parades himself as the preeminent vaccine expert while Frank continues to gleefully stir the pot of discontent.

Opposition Leader Friday, in the absence of intellect, is courting rabid beasts like those infamous Kings: Luzette, Adriana and Kenson. Luzette shouldn’t even be in the country… but I won’t digress.

This supporting cast of characters: misfit Fitz Bramble, brutish Israel Bruce, incoherent Nigel Stephenson, and wanna-be feminist Zita, are all parading their ignorance for all to see. We can now clearly see how political theatre has devolved into a s**t show of competing egos in the absence of well-thought-out policies and vision for SVGs future.

Now Fitz just recently appeared from Canada, where he kinda functioned as economic development coordinator for the city of Estevan. I say kinda, since I saw a video of his version of a Black Lives Matter protest. He spent the whole time weakly tryna placate and pacify white Canadians, while ignoring black Canadians. But expects to come home to talk down to black Vincentians from a superior place. Please. Wheel and come again, Bramble.

Like Friday, he is not quite, exactly qualified to serve in Parliament. Friday carries a Canadian passport in his front pocket, ent? However, last elections, PM let him slip through, despite Snake-in-Chief, Frank Da Silva’s best efforts to bring this to the fore. Strange, ain’t it?

Equally strange is the idea of Bruce Israel joining the calls for Ashelle Morgan’s removal from parliament. By his current logic, he shouldn’t even be there either, right? Wasn’t Israel the dude who allegedly assaulted a man at a bar for saying he’s ugly. I personally see nothing wrong with that statement, since his oft disheveled appearance suggests he is unrefined and borders on the uncouth. But hey, what do I know?

Nigel Stephenson continually solidifies his reputation as a misogynoir brute with every barely comprehensible utterance that liberally pours forth from his mouth. That is all.

Zita is the feminist window dressing cheering them on. What feminist allows bitter old men like Loser-In-Chief Eustace — who incidentally is the losingest opposition leader in regional history – to tell her to boycott parliament at the beginning of her appointment as a senator.

Her particular brand of feminism is quite distasteful to thinking black women who are ready for a change. Like Ashelle, she was a waste of a female body in the house.

On the sidelines, goading them on are the infamous Kings of confusion: Luzette, Adriana and Kenson.

The NDP has embraced the embarrassment that is Luzette King as their Rosa Parks. The insanity is real.

Adriana King continues to relentlessly spew hate against the government and their institutions, including the one that keeps her gainfully employed. Her disrespect is notorious. She ought to be removed for her frequent calls for civil disobedience. The nation’s children should not be subjected to such an instrument of negativity and hate on a daily basis.

It was with great pleasure that I observed Kenson King receive a long, hard overdue slap in his face. Honestly, I rewound it several times, just for my own entertainment. His incessant ranting and ravings were starting to get on my last nerve. Hopefully, the next slap will send him way far off into the stratosphere of irrelevance, where he belongs. Schadenfreude is quite satisfying.

It is way past time to enforce the laws of SVG to put these characters in check. Starting with Opposition Leader Friday — the so-called statesman who has yet to state his case to the Vincentian body politic about why he should be PM.

He has proven over and over again that he is incapable of applying the laws of SVG to events as they occur in SVG. Preferring to helplessly bleat, bitch and moan to regional and international bodies about issues that can easily be addressed in Parliament, by any member who cares enough to plow through due process. His weakness has become a liability to the entire nation.

I say get rid of this entire cast of unsavory characters from the landscape of Vincentian politics. Introduce them to the very, heavy hand of the law. PM can no longer afford to show forbearance to these unruly people. Their time is up.

9 replies on “SVG politics and its weird bedfellows”